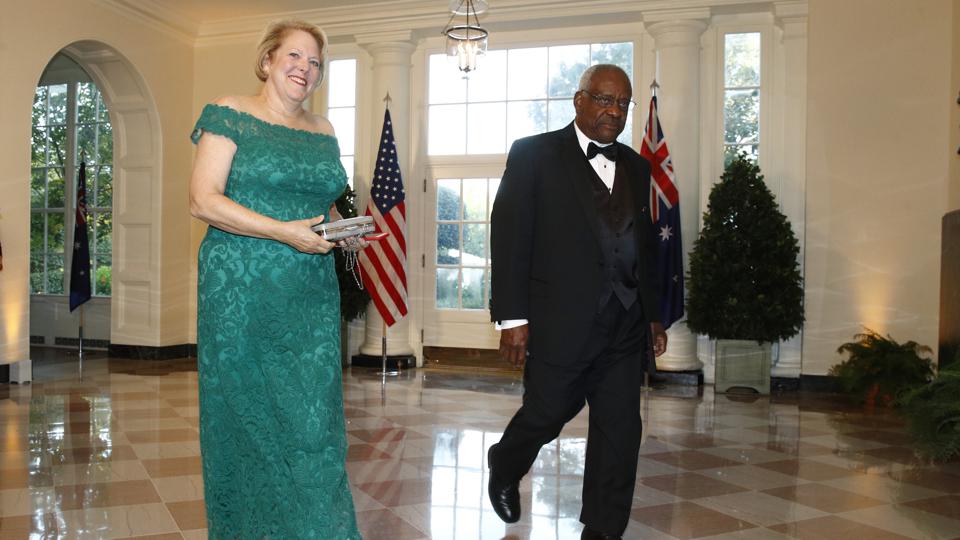 Ginni Thomas, the wife of Supreme Court Justice Clarence Thomas had ties to January 6 rally organizers and efforts to overturn the 2020 election according to a report (Image: Twitter)

A New York Times Magazine report revealed details about Thomas’ role in the effort, and The Washington Post reported Thomas shared a Facebook post on Jan. 6 before the violence broke out stating, “LOVE MAGA people!!!! GOD BLESS EACH OF YOU STANDING UP OR PRAYING.”

Dustin Stockton, who helped organize the initial rally on the Ellipse, told the Times the Supreme Court Justice’s wife played a peacekeeping role “so that there wouldn’t be any division around January 6.”

“The way it was presented to me was that Ginni was uniting these different factions around a singular mission on January 6,” Stockton said.

The NYTimes noted the accounts of other rally organizers who dispute Stockton’s claim but did not offer specifics to back up their claim. The Times added Thomas also served on the advisory board of the group that sponsored the rally, Turning Point USA.

Thomas is also connected to people who tried to undermine the 2020 election results that showed Joe Biden won the election. John Eastman, a lawyer who wrote a memo to Vice President Mike Pence detailing how he could overturn the election results, clerked for Clarence Thomas in the past and is a close friend of the family.

Thomas’ wife also founded a group called groundswell with the help of Steve Bannon, who Trump pardoned for his role in the “Build The Wall” fundraising scheme.

The Times and The Post reports have led to an outcry calling for the Supreme Court Justice to resign. According to MarketWatch, ‘The View’ co-host Sunny Hostin said he is “slicing it pretty thin” in not recusing himself from Supreme Court cases that may touch upon political issues his wife has ties to.

Author Jill Filipovic said in an Op-Ed for CNN Tuesday, “That Clarence Thomas has made no effort to recuse himself from cases in which his wife has an interest is profoundly unethical.”