Girl What?! Rachel Dolezal Says She Was Only Honoring Rihanna After Nude OnlyFans Photos Leaked 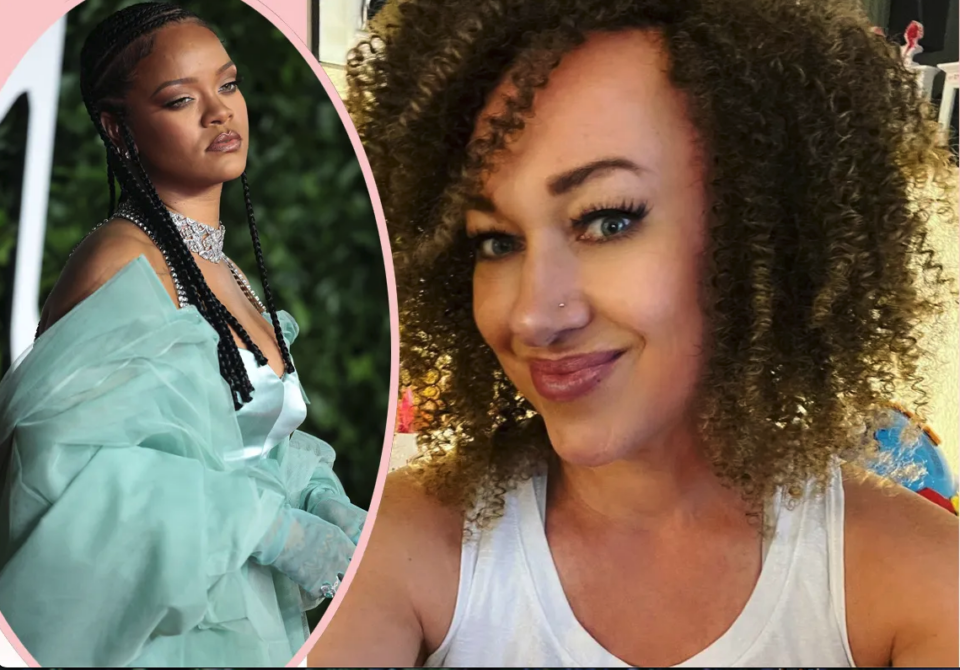 Years after becoming a media spectacle for declaring herself African American, Rachel Dolezal is back in the headlines after her raunchy OnlyFans photos leaked online.

Once the photos leaked online, reps for the 44-year-old mother of three told TMZ that she was only trying to “pay homage” to Rihanna’s Savage X Fenty lingerie line.

Reps say Dolezal “got her hands on the latest batch of lingerie [from the label] and wanted to show it off for her subscribers.”

One photo shows Dolezal, who still identifies as Black, sporting a bodysuit from Rihanna’s fashion line and baring her backside to the camera. The snap revealed the certified race faker’s gigantic “JUSTICE” tattoo on her butt cheek.

Another photo showed Dolezal stripping out of the bodysuit and showing her breasts. The bio for her OnlyFans page reads, “Subscribers get to see how my sensual side pairs with my creative spirit through intimate images inspired by color, light, and lingerie on weekends.”

Once the photos came to light, social media made a mockery of the disgraced “transracial” Montana native.

“To have leaked Rachel Dolezal’s onlyfans that means your would have had to pay for it so you going to hell twice. For leaking and paying.,” one user tweeted.

To have leaked Rachel Dolezal’s onlyfans that means your would have had to pay for it so you going to hell twice. For leaking and paying.

“Rachel Dolezal’s OnlyFans nudes going across my timeline is truly proof that Jesus Babatunde Harold Christ just needs to come collect us. Just play the trumpet. Let’s be done. 🥴🥴🥴,” added someone else.

News of Dolezal’s OnlyFans page was revealed last year after she claimed she launched the page due to the difficulty she faced finding a job. She initially said she would only be foot modeling, but it looks like the former civil rights advocate had a change of heart.