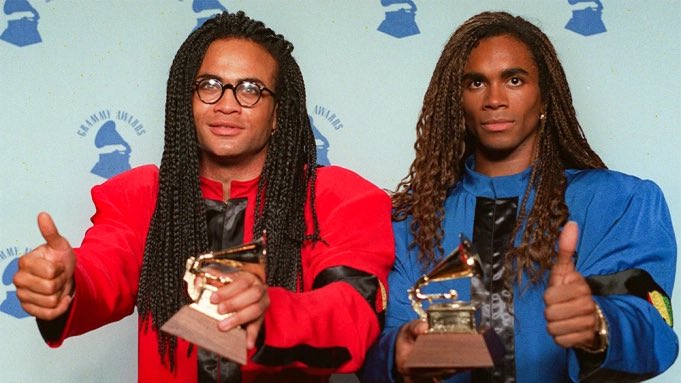 When it comes to people taking and/or getting credit for other people’s creativity and work within the entertainment industry, it’s been a widespread problem for decades. One of the most famous if not the most famous case of such an incident comes with the story of Milli Vanilli, famously known for their hit video and song, “Girl You Know It’s True.”

Now, that story is coming to life according to MRC Entertainment. The company has just announced that it is producing a project “Girl You Know It’s True,” a new documentary based on the controversial career of Fab Morvan and Rob Pilatus, better known as the lip-syncing frontmen of Milli Vanilli.

Back in 1987, German producer Frank Farian had put together two young men, Morvan and Pilatus, to create the pop duo Milli Vanilli. The two men became virtual overnight stars with the release of “Girl You Know It’s True,” a Top 10 hit that resonated with audiences across the globe. The duo’s success and popularity garnered them a GRAMMY® for Best New Artist and they ended up selling over 10 million records.

Shortly thereafter, the discovery that the duo never sang a note on the songs recorded for their debut 1989 album sent the world into a tailspin. This led to the duo being stripped of the awards they collected, their financial independence, their dignity as artists, and eventually the tragic death of Pilatus.

“For 30 years, Fab and Rob have been unfairly maligned while the industry machinations that exploited them continued to flourish,” said Amit Dey, Head of MRC Non-Fiction in a written statement. “Luke and Bradley’s perspective comes from a place of empathy and understanding for characters who were caught in a game where nobody explained the rules. We’re excited to go on that journey with Fab and the whole team.”

The project will feature never-before-seen footage and interviews with the real singers who recorded the projects who were never allowed to speak on it. There will also be an exclusive interview with the surviving member, Morvan.

“Milli Vanilli has made an indelible mark on music and pop culture history, yet the truth of what happened is more bizarre than anyone knows,” adds director Luke Korem. “There are so many layers, characters, and twists that have never before been revealed. I’m elated to partner with MRC and share the truth behind what has been dubbed the greatest con in music history.”