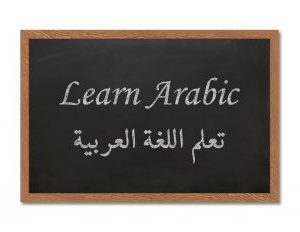 Most Americans don’t speak a foreign language, and that fact could be holding us back as a nation.

According to an article in Education Dive, among developed nations, the U.S. has the lowest percentage of bilingual speakers; of the 20% of U.S. citizens who can speak at least two languages, only half can speak both at an advanced level, and most of those speakers were born in another country!

The Need for Foreign Language Fluency

But, in an increasingly globalized economy, it may make more sense for U.S. citizens to embrace the idea of acquiring fluency in another language. Now, some colleges are moving toward requiring the study of a foreign language.

At least one wants to see students develop mastery andÂ match the federal diplomacy standards for fluency. “We’re less interested in three semesters you pass, but what you can do with this in the workplace, in diplomacy, and in international business,â€ says Brian O’ Conchubhair, an associate professor in the Department of Irish Language and Literature at Notre Dame, in the article.

The U.S. is not a country that values other languages. Speakers of languages other than English had been verbally and even physically accosted and commanded to speak English, even before Trump was elected. But since the election, a virulent nativism has been unleashed that has lashed out at immigrants.

Recently, a man was reportedly kicked off a New York-bound Delta flight for speaking Arabic to his mother on the phone.

Yet, Martha Abbott, executive director of the American Council on the Teaching of Foreign Languages, says foreign language study on the college level is in our national interests. In September, President Barack Obama appointed Abbott to the National Security Education Board.

“If students take it seriously when they enter college, one way schools can help is by allowing students the room to take foreign language, even if they are majoring in other areas where it may not be required, and also promoting study abroad so students have experiences in different cultures,â€ Abbott is quoted as saying.