'GMA3' Hosts T.J. Holmes and Amy Robach Embroiled in a Scandal After Seen Getting Handsy 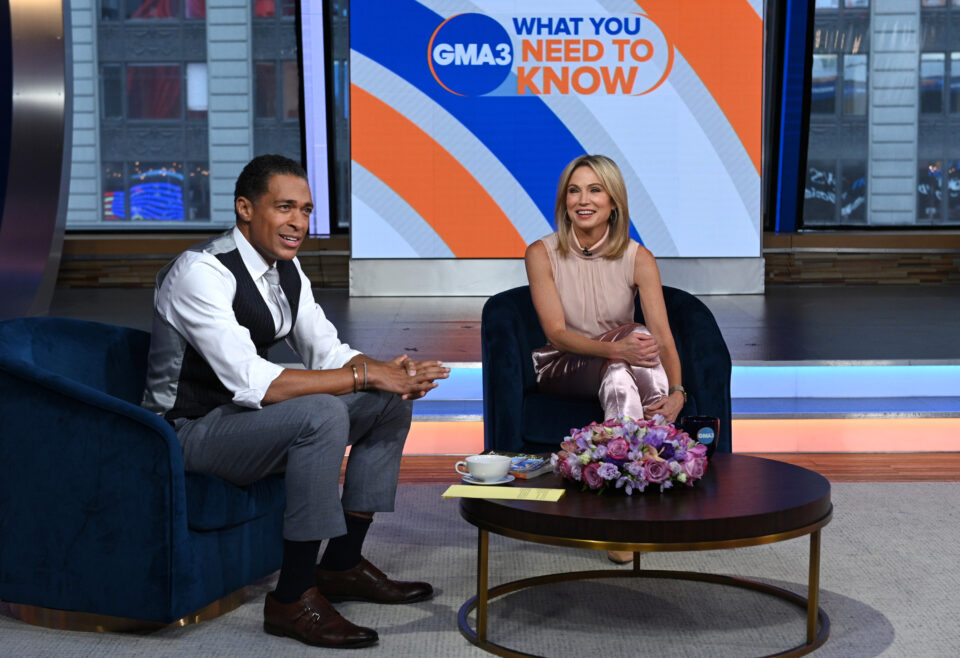 The hosts of GMA3: What You Need To Know T.J. Holmes and Amy Robach are in hot water after rumors of an alleged romance surfaced, according to The Daily Mail.

The outlet published racy pictures of hosts together, including one photograph of Holmes feeling Robach’s bottom.

Both Holmes and Robach are married to other people.

However, according to the outlet, both couples have been separated from their spouses since August. Holmes and Robach have been working together since 2020. The two also traveled to London together to cover the Queen’s Diamond Jubilee for ABC back in June.

The outlet also published pictures of the two looking cozy at O’Donoghue’s Irish Bar in New York City and claimed they are involved in an extra-marital affair. Pictures were also published of Holmes and Robach visiting each other’s apartments as well as visiting a cottage in the Shawangunk Mountains just before Thanksgiving.

A video of Holmes getting handsy by grabbing Robach’s buttocks was published by the outlet as well. Other pictures captured the two holding hands in the backseat of a car.

Holmes hosted GMA3 alone on Nov. 30 but did not mention why his other co-hosts, Robach and Dr. Jennifer Ashton, were not on the air with him except to say that they were both “working today.”

According to Page Six, the two began the alleged affair back in March while training for the half-marathon in New York City. The outlet quoted a source as saying that Holmes and Robach kept their alleged romance secret for months.

“They have a very cozy relationship on air, but that is what is expected. But they were very careful behind the scenes to keep their affair secret. The producers at ‘GMA’ are shocked to hear they are having an affair.”

Both Holmes and Robach have disabled their Instagram pages.