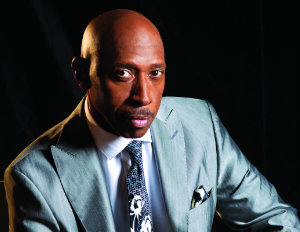 As we are approaching the next installment of Black Enterprise’s Golf and Tennis Challenge, which will take place in Palm Beach Gardens, Fla., Aug. 28 to Aug. 31, we bring you a 10 facts about one of our performers, Jeffrey Osborne.

1. Osborne is the lead singer for the group L.T.D. (Love, Togetherness, and Devotion).

5. He appeared on the Michael Jackson-helmed, USA for Africa’s fundraising single, “We Are the World” in 1985.

6. His father, Clarence “Legs” Osborne, was a popular trumpeter who played with Lionel Hampton, Count Basie and Duke Ellington.

7. Osborne released a holiday album, “Something Warm for Christmas” in 1997.

10. In 2013, while speaking to the leaders of the Group of Eight (G8), President Obama mistakenly referred to George Osborne, as Jeffrey three times and then apologized citing that Osborne was his favorite R&B singer.