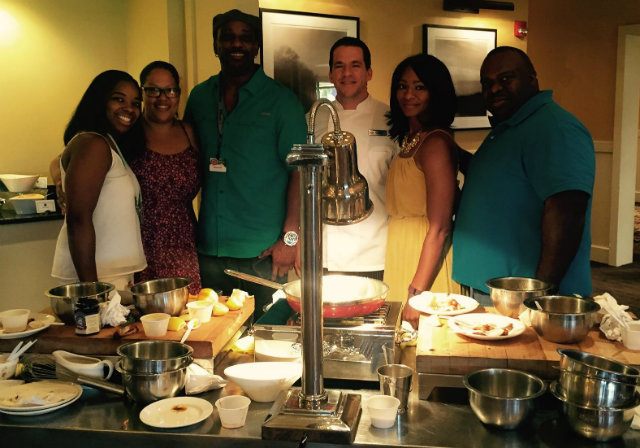 It’s Day 3 and the merriment and festivities continued! In keeping with the Golf & Tennis Challenge’s spirit of competition, four teams of self-proclaimed top chefs gathered to compete for the title of Best Sauce Maker in the Master Chef Challenge. Each team was charged with creating its most delectable wing sauce and could choose from about 35 ingredients, including honey, lime, brown sugar, cilantro, cinnamon, garlic, mayo, hot sauce, cumin, parmesan, yogurt, mango puree, basil, and more! The teams were instructed to create a sauce that the audience and three deciding judges, including celebrity chef Chef Irie, would never forget. 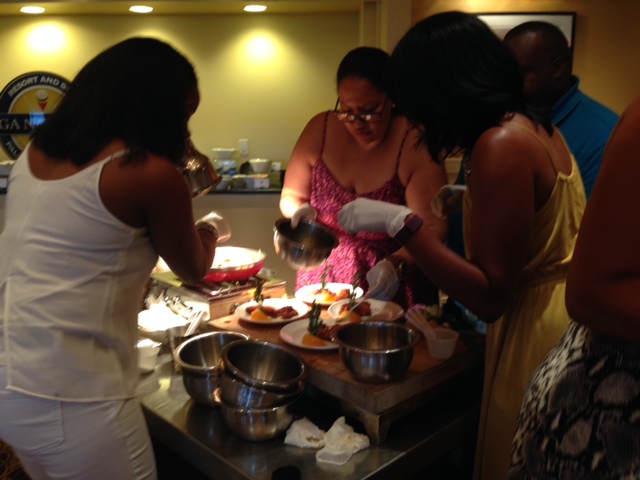 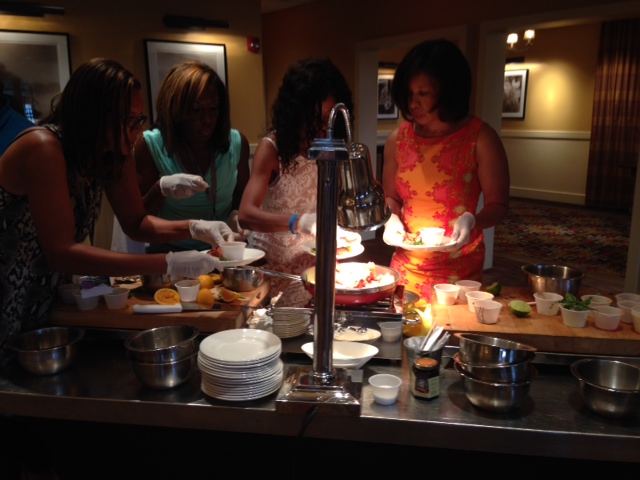 The competition was fierce and audience members were torn when it came to deciding which sauce they thought was best. Ultimately, it came down to the judges’ decisions. After careful deliberation, it was decided that Team Brunch Punch had the best sauce! It consisted of sorrel, mango chutney puree, ginger, maple syrup, brown sugar, curry powder, squeezed orange, and thyme. The winners received an island-themed goodie bag, which included rum cake, a Jamaican dictionary, and other Caribbean treats.

Following the challenge, it was finally time for the highly anticipated Lip Sync Battle, where solo and group performers lip synced their favorite songs. Selections included Jodeci’s Lately, Eric B. and Rakim’s I Ain’t No Joke, Pharrell Williams’ Happy, Beyonce’s Crazy In Love, and many, many more, making it tough for Black Enterprise’s three judges to decide who was the ultimate lip sync champion. The audience was lively and gave the performers just the energy they needed to give it everything they had – and a little of what they didn’t but tried to deliver anyway. It was, by far, one of the most entertaining events of the day. 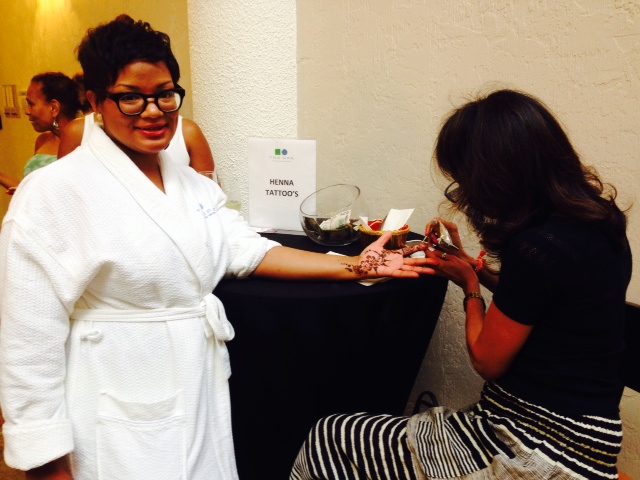 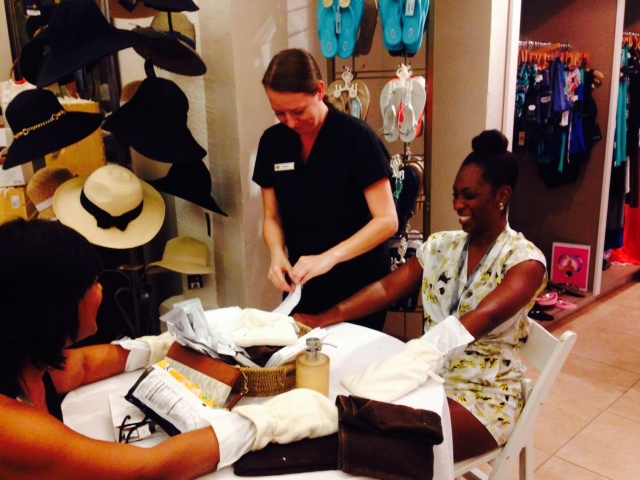 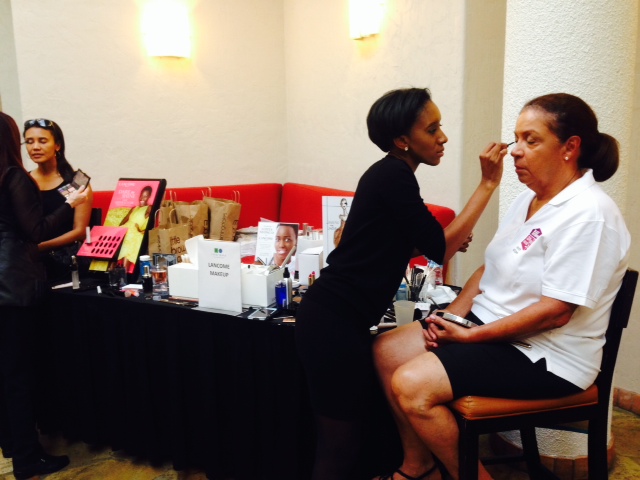 After all of that excitement, attendees got in some rest and relaxation at the PGA National Resort & Spa’s Sunset Spa. This was no ordinary spa experience. This was an evening of music, champagne, henna tattoos, mini facials, reflexology, manicures, makeup, and shopping provided by the PGA National Resort & Spa staff. “It is absolutely wonderful!” enthused a spa attendee. “It seems like each year just gets better and better.” TheÂ  pampering served as the perfect treat for the ladies – and several gentlemen as well – as they used the opportunity to prepare for the night’s event – the Awards Dinner & Concert Celebration, featuring Estelle!