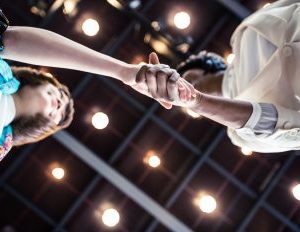 At some point, we have all witnessed improper protocol practices. These include everything from poor dining etiquette; to the lack of social graces often exhibited in public settings; to observing the many inappropriate and awkward moments displayed by our new Commander-in-Chief, President Donald J. Trump. Good, old-fashioned manners are needed today more than ever.

Cheryl Walker-Robertson, founder of Protocol International, based in South Orange, N.J., is a certified protocol and etiquette expert. Walker-Robertson received extensive training with Dorothea Johnson, renowned protocol adviser and liaison to the Washington Diplomatic Community for the Joint Military AttachÃ©. But, her first protocol training started at home, with her mother Larcena Walker in her native Philadelphia.

As the only girl, growing up with a bunch of brothers and male cousins, she was sent by her mother to etiquette class, charm school, and modeling school during the summers. “I was quite the tomboy. I was very athletic,â€ says Walker. “I played volleyball and basketball. My mother wanted me to be girlish. I was so resistant to it, but I did learn a few things and made a little money modeling, because I was tall and athletic.â€

Walker did secure an athletic scholarship to college, but before attending, she made a deal with her father, Dennet Walker, a lifelong entrepreneur. He convinced her that if she went to college and obtained a degree in business, he would gift her with a business after graduation. After college, he delivered on his promise, and she started a small and successful company,Â Postal Pal, years before mailbox services became popular.

Five years later, Walker decided she wanted to travel the world. She secured a job as an international flight attendant with Pan American World Airlines. It was at Pan American where she got her first professional training, and she realized that those etiquette lessons her mother demanded she take were finally paying off.

“The extra skill set I had got me that job. They also helped me to thrive in the industry, because of that certain je ne sais quoi that I was taught,â€ says Walker. “Through all of those etiquette classes, I learned how to treat people; how to pay attention; how to speak to people where they were, not where I was; and how to understand different cultures.â€

Walker received her expertise in international protocol from Pan American. She learned about different cultures, as she traveled the globe. She later became a trainer for Pan American and learned even more about cultural competence.

Finally, in 2000,Â Walker-Robertson launched her new venture, Protocol International, to help smooth rough edges in a variety of disciplines. Protocol International’s clientele ranges from luxury hotels, to the Department of Youth and Family Services in Washington, D.C. The company has six divisions: International, Corporate, Colleges and Universities, Children and Youth, the Special Group Division, and the company’s newest area, the Elite Athlete Division, which is headed by her husband, Dennis R. Robertson, a former banker.

As a protocol and etiquette expert, Walker-Robertson and her team not only trains and advises clients on how to best extend a company brand, but they help clients understand the importance of personal brands, so that both are in sync when they interact with others.

“Here, in America, we have not been as up-to-date, nor do we put the kind of importance on these topics, as people do internationally,â€ says Walker. “Poor etiquette gives us away. It tells people about your exposure, about your experience, and about your knowledge. When you do these little things, you’re telling on yourself.â€

Several years ago, a major book publisher selected Walker-Robertson as one of the top protocol and etiquette experts in the country, and asked her to be a contributor for The Power of Civility. Walker-Robertson is now developing a series of books titled How to Win. Her forthcoming book, How to Win: Keep Your Elbows Off the Table, is scheduled for released in May 2017.

Gwendolyn Quinn is an award-winning media consultant with over 25 years in media and entertainment.