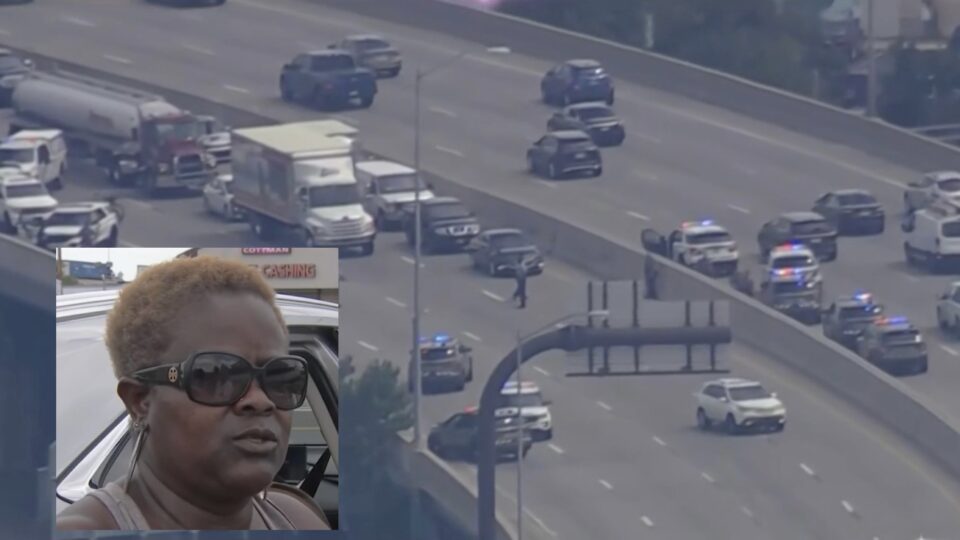 Pennsylvania woman Christine King saved a child’s life on Thursday, after stopping a man from throwing his baby off an interstate overpass during a domestic dispute.

According to the good Samaritan, she was on her way to work while on Interstate 95 in northeast Philadelphia when she spotted a couple fighting, reports WPVI-TV.

The man was holding the baby, King says, and then threatened to throw the child off the highway overpass.

“I couldn’t just pass after I saw the baby,” King recalled. “And after I seen him trying to throw the baby over, I couldn’t let it go.”

She stopped right there on the freeway and intervened to try to deescalate the impending tragedy.

King miraculously was able to calm down the situation after a number of minutes arguing and pleading with the man, as his former partner took control of the gun he was carrying.

“She went behind him, he was shaking so he didn’t know she was in his pocket, and that’s when she grabbed the gun out of his pocket,” King explained. “That’s when she put it in her pocket.”

As authorities arrived at the scene, they were still unable to remove the child from the perpetrator for a while, however, officers succeeded in securing the baby.

The man was identified as Raheem Murphy, 35, and taken into custody, charged with aggravated assault, kidnapping, and endangering the welfare of children on Friday.

Per the Philadelphia District Attorney’s office, Murphy was charged for not only the woman and child’s life, but for King’s wellbeing as well.

Prosecutors say the incident began when Murphy drew a gun on the mother of his child during a dispute and allegedly kidnapped them before stopping at the overpass at Cottman Avenue exit and threatening everyone’s lives.

As for King, she said she wouldn’t hesitate to do it all over.

“He was trying to throw the baby over.”

According to the DA’s office, Murphy is held on $1.5 million bail, required to take a mental health evaluation, and under a restraining order from the mother and child.