Good to Go: Strong Hires that Are Ready to Work 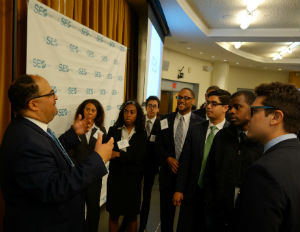 The results of a recent survey produced for the Association of American Colleges and Universities were conclusive: employers find that college graduates are not prepared for the workforce, even though the grads themselves believe they are.

Unfortunately, this development isn’t breaking news. Previous studies have yielded similar results. Worse, an exam known as Collegiate Learning Assessment Plus, designed to measure the intellectual gains of students from freshman to senior year, found that 40% of U.S. college students graduate without having developed the complex reasoning skills many employers require. The AACU survey, Falling Short? College Learning and Career Success, finds that 91% of employers say that a demonstrated capacity to think critically, communicate clearly, and solve complex problems is more important than a candidate’s major. The vast majority of employers–96%– value “problem solving in diverse settings.â€

[Related: Ready to Work: What Companies Want to See on Your Social Media Profiles]

It’s been said that the conversation has shifted from getting young people to college to complete their education, to workforce preparedness.

Acknowledging this trend, a number of organizations have been addressing employer needs for strong hires. For example, Brooklyn, New York- based Pathways in Technology Early College High School, or P-TECH, prepares young men and women for the technological workplace over a six-year period, and has realized a stunning success rate with a student population that hasn’t been screened or tested to gain admission. Open since 2011,Â P-TECH has not only been successful in getting most students to complete its rigorous coursework, some have also earned associate degrees. Three students have been offered full-time jobs at IBM, which collaborated with New York City Public Schools and the City University of New York to launch the school. (For more about the P-TECH model, how IBM is using it to develop its talent pipeline, and how the model is expanding across the country, see the BE Smart website.

Para-school organizations like #YesWeCode, operated by activist, CNN contributor, and former White House adviser Van Jones, and All Star Code, launched by former journalist and social entrepreneur Christina Lewis Halpern, provide young men of color with intensive computer science training, mentorship, and exposure to the tech space. Both organizations have partnered with major corporations to help students determine the requirements of employers (for more about these organizations go to BlackEnterprise.com).