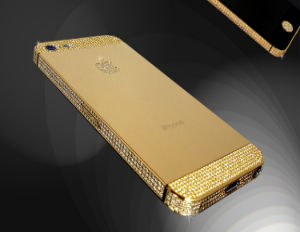 Mobile payments are about to get a big push from rival tech giants Google and Apple.

According to the New York Times, Google is expected to announce Thursday at its Google I/O developers conference some changes to Google Wallet, an app introduced in 2011, and also introduce a new payment system called Android Pay.

The Times reports that Android Pay will let merchants accept credit card payments from people’s’ smartphones, adding that retailers’ loyalty programs will also be integrated with such cards within the app.

Meanwhile, Google Wallet–a mobile commerce app–will be rebranded as a peer-to-peer payment system in which people can send money to each other directly from their debit accounts.

According to The Verge, Google Wallet would not just be available for Android devices, but also for Apple’s iOS, as well.

And speaking of Apple, next month, during Apple’s Worldwide Developers Conference, the company will allegedly announce new improvements to its highly pushed Apple Pay software, according to the New York Times. Though details were scant, sources who spoke on condition of anonymity said a rewards program would be attached to Apple Pay to entice more people to use it.

Chip-and-PIN cards are popular overseas, and are regarded as being safer by many in the financial industry and said to prevent theft, which is on the rise at ATMs. And other payment methods are growing in popularity, despite not including chip-and-PIN tech. Â But Apple and Google jumping deeper into the FinTech fray may further disrupt the payment methods many of us are used to.