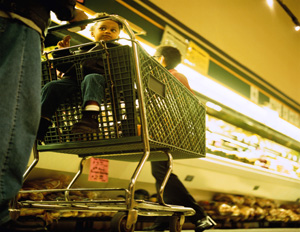 A study spearheaded by Nielsen and the National Newspaper Publishers Association found that African Americans’ buying power is expected to reach $1.1 trillion in 3 years. The State of the African-American Consumer report broke the numbers down into several key categories, from mobile phone usage to trips to the grocery store.

Seeking to stake a claim in the tablet computer market alongside Apple and Samsung, Amazon.com on Wednesday revealed plans to begin selling a color touch-screen tablet.

Named the Kindle Fire, the device has a 7-inch touch screen, weighs 14.6 ounces and is outfitted with a dual-core processor. But the most important feature may be the price. At $199 the Fire is less than half the price of the Apple iPad, which starts at $499. It is the first tablet from a major company to seriously undercut the iPad in price.

He had been on the run for four decades. He escaped from prison when Richard Nixon was in the White House, joined the Black Liberation Army in Detroit, hijacked a plane and (in)famously demanded that FBI agents deliver ransom money in bathing suits. And they did.

Now, after a manhunt spanning three continents that often appeared to run cold, the FBI has finally found George Wright.

Jessy Dixon, a gospel singer and songwriter whose career spanned more than fifty years, died Monday. He was 73.

Dixon wrote songs for several popular singers including Randy Crawford, Cher, Diana Ross, Natalie Cole and Amy Grant, opened for Paul Simon, and played keyboard with Earth Wind and Fire. But he was best known for his own gospel singing.

But one Cain cheerleader offered his support in controversial form.

Conservative radio host Rush Limbaugh said on his radio show Monday that if the former Godfather’s Pizza CEO were to win the Republican nomination, and then go on to be elected president, “Herman Cain could be our first authentically black president.”