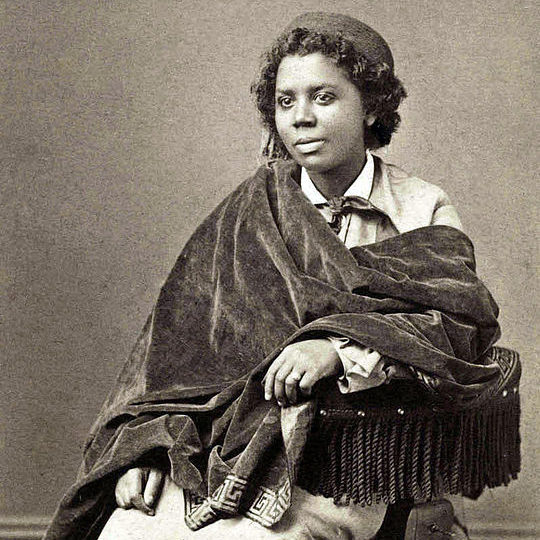 Google Doodle kicked off Black History Month on Wednesday with an ode to Edmonia Lewis, the first African American and Native American sculptor to be internationally recognized for her art. Many of Lewis’s famed neoclassical-style sculptures are celebrated for their portrayals of black and indigenous American people. One of her most acclaimed pieces, The Death of Cleopatra, was carved in 1876. The sculptor shows the iconic Egyptian queen sitting lifelessly on her throne after committing suicide.

Lewis was born circa 1844 in upstate New York in a city now known as Rensselaer. Her father was a free black man from Haiti while her mother was Native American and Chippewa. After her parents died when she was just 9 years old, she was adopted and raised by her two maternal aunts. That is when she joined the Mississauga tribe and began going by her Native name, Wildfire.

At just 15 years old, Lewis began attending Oberlin College, an institute of higher education in the U.S. known to admit abolitionists, African American students, and women. That is where she was exposed to art. She, however, was falsely accused of poisoning her two roommates and then viciously beaten by two white vigilantes. Although she was acquitted of all charges, the incident prevented her from graduating.

You can learn more about Lewis and how she scored her breakthrough in Rome here.

Many black artists have continued the art of sculpturing today, like Kevin Beasley. The millennial artist creates art, sculptures, and paintings that exploreÂ the concept of art and self-identity. He is based in New York.

LeRone Wilson is another renowned black artist based in New York who is known for using encaustic art, an ancient form of painting used in ancient Egypt, to create mesmerizing, minimalist sculptors using beeswax.