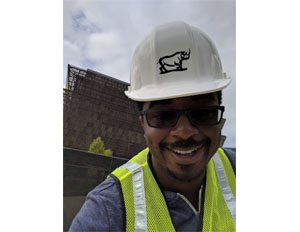 Google donated $1 million to the National Museum of African American History and Culture (NMAAHC) through its charitable arm, Google.org.

NMAACH is the 19th and newest Smithsonian museum in Washington D.C. It opens to the public Sept. 24.

NMAAHC’s director, Dr. Lonnie Bunch, shared his vision with Google of making the museum the most technologically advanced in the world, according to a post by Google engineer Travis McPhail on Google.org’s blog.

McPhail, a senior software designer and tech lead at Google, headed up a team of designers and engineers, all from the Black Googler Network, to create the 3D exhibit.

“The museum is at the core of the identity of this nation,” McPhail told Smithsonian Magazine.

“Working on this exhibit has given me a chance to help people discover something else–the ways African American history is vitally intertwined with our history as a nation. I’m proud of the role Google has played, a role in taking people on that journey,” McPhail writes in his blog post.

There are overÂ 37,000 artifacts in the museum’s collection. These are items of African American history and culture such as photos, magazines, clothing, dolls, letters, bibles, and much more.

Other exhibits include an interactive lunch counter recreating the sit-in protests led by Dr. Martin Luther King at eating establishments in North Carolina. The coffin of Emmitt Till, who was lynched after being accused of flirting with a white woman, is on display as well.

The first expedition is a virtual tour of theÂ march from Selma to Montgomery in the fight for voting rights. The second is a virtual walk-through of Dr. Martin Luther King’s childhood home and of Ebenezer Baptist Church, where he preached.