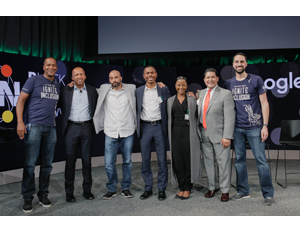 Last year, Google.org announced an effort to support organizations working for social justice reforms, giving grants to #BlackLivesMatter and other social justice groups. Today, Google.org announced an expansion of that effort. With $3 million in grants, Google.org is partnering with San Francisco’s My Brother and Sister’s Keeper (MBSK) program; Oakland’s Roses in Concrete Community School; the tech-enabled college success startup, Beyond12; and the national Equal Justice Initiative, headed up by Bryan Stevenson.

“Each of these organizations and their leaders has shown a deep, fundamental understanding of racial injustice and are actively finding ways to rid out systems of social, educational, and economic exclusion. We as a company are proud to support them,â€ says Justin Steele, principal, Google.org.

The Equal Justice Initiative received a $1 million grant and is also partnering with Google to bring the public education work it does online so that millions more can experience it. EJI’s education programs reframe the history of oppression.

Roses in Concrete, which strives to transform teaching in high-poverty, urban communities,Â received a grant of $750,000. The San Francisco My Brother and Sister’s Keeper, an organization that seeks to ensure African American high school seniors become successful college graduates, was granted $1 million. Beyond12, which is focused on helping students from underserved communities graduate from college through various uses of tech and coaching, was awarded a $250,000 grant.

Google.org awards grants to organizations that have new approaches to disrupting a racially unjust system that leads to social and economic exclusion. These organizations must have smart, creative, and compelling leadership and deep community engagement.

The main mission of Google.org is to seek out and support people who are innovating and using technology to combat the world’s biggest challenges. Grantees are not just awarded money but are also given access to Google resources.

To date, Google.org has donated more than $100 million in grants, $1 billion in technology resources, and 80,000 hours of Googlers volunteering to nonprofits in 2015 alone.