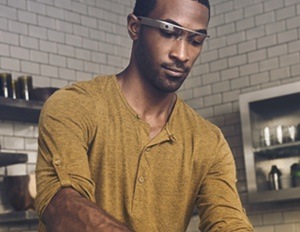 Google's partnership with Luxottica could bring the wearable technology some much-needed style and appeal.

But the company may get a lot more stylish thanks to a recently announced partnership with eyewear manufacturer Luxottica.

In a post on Google’s Glass page as well as Luxottica’s site, both companies announced the partnership that will bring Glass to Luxottica’s name brand eyewear.

“We are thrilled to announce our partnership with Google, and are proud to be once again setting the pace in the eyewear industry, as we have been, with more than 50 years of excellence,” said Andrea Guerra, Chief Executive Officer of Luxottica Group.

The partnership with Luxottica will do more than give Glass a fancy brand name association. It’ll potentially put the wearable in thousands of eyewear stores worldwide like Sunglass Hut and LensCrafters, making it even easier for anyone to walk in a mall and walk out with their very own face computer.

While brands like Ray-Ban may be wandering into uncharted waters, incorporating technology into its eyewear, Oakley is no stranger to the concept. The company produced the now-discontinued ‘THUMP’ sunglasses, eyewear with a built-in MP3 player.

Google was rumored to have been in talks with eyewear startup Warby Parker, although a Google representative said that was inaccurate.

The partnership with Luxottica and brands like Ray-Ban and Oakley could be enough to save the increasingly tarnished reputation Google Glass has developed over the past few months.

Stories of harassment and discrimination against Glass users have become increasingly prevalent, in combination with certain establishments like bars and restaurants banning the devices outright. Google could face a public opinion challenge as difficult as its technical ones.