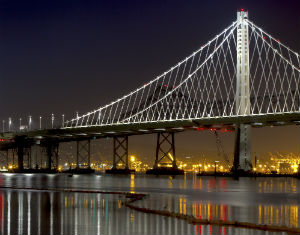 Google is establishing its presence in Oakland, California, according to an email obtained by USA Today.Â The search giant has plans to open a tech lab in a partnership with MIT Media Lab, as early as next month.

The purpose of the lab is to develop a new generation of African American and Hispanic computer engineers. According to reports, the lab’s focus will be on developing STEM skills in students of color while they are young. There will be an after-school program for middle schools students–this is in conjunction with the local school district’s plan to increase computer science education.

“Google’s outreach to leverage Oakland’s inclusive innovative ecosystem has been an open door approach to the community, and that is a warm welcome that tech giants should emulate,” said Kalimah Priforce, CEO of Qeyno Labs, which holds coding competitions for Oakland youth, according to USA Today. “It takes a village, and Google gets it. To survive in Oakland, it has to be about community investment.”

According to a blog post by the San Francisco Business Times, Google leased office space near the Fruitvale train station–a top along the BART transportation system. Fruitvale gained worldwide attentionÂ in 2009, when a young black man was killed by a BART police officer–the incident was later turned into a critically acclaimed film.

In addition to teaching kids, Google’s lab will also train local residents in technology and entrepreneurship.

Google has been focused on investing in social causes. It recently donated $1M to the National Museum of African American History and Culture (NMAAHC) and also lent its top engineer of color to create a high-tech interactive exhibit within the museum. In July, the company announced the addition of the first African American to its board–economist Roger Ferguson.