Google.org Gives $500,000 to #BlackLivesMatter and Other Groups 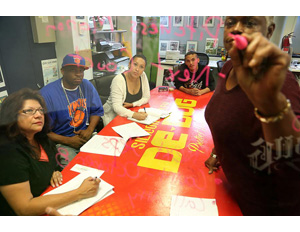 Earlier this week, at the film screening it hosted of 3 Â½ Minutes, 10 Bullets at San Francisco’s Castro Theatre, Google.org announced a series of racial justice grants it awarded to a number of social justice causes and organizations. Patrisse Cullors, the co-founder of #BlackLivesMatter, was one of the first recipients of Google.org’s new giving cause, receiving a $500,000 grant.

A representative from Google.org told BlackEnterprise.com, “The issue of racial and social justice is one we’ve discussed so much, and I’m really proud that our teams are helping build capacity with organizations . . . doing this work.”

Google.org has given $2.35 million in grants. The Silicon Valley De-bug organization received $600,000 to support their effort in ending unfair mass incarceration by organizing the communities of loved ones facing charges to participate in their defense.

3 Â½ Minutes, 10 BulletsÂ is a film about the shooting death of 17-year-old Jordan Davis. In addition to the grant announcements, Google.org also held a panel discussion after the film’s showing. Panelists included Lucia McBath and Ron Davis, the mother and father of Jordan Davis; Patrice Cullors of #BlackLivesMatter; and Uncle Bobby, the uncle of Oscar Grant, who was shot to death in 2009 by a BART police officer at the Fruitvale station in Oakland, CA.