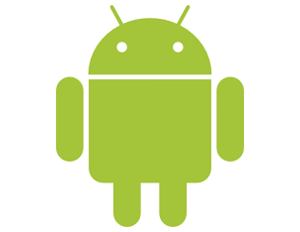 Google and Oracle are in a fierce court battle. Oracle, a maker of business software, services, and hardware has taken Google to court, crying foul over the fact that the search giant used its Java software to develop Android (which Google owns).

Android has netted Google a profit of $22 billion since its release in 2008, according to Reuters. Oracle has now taken Google, which is under the umbrella of its parent company, Alphabet, Inc., to court for its claim of the part of that revenue.

In addition, court documents have also been reported to reveal that Google paid Apple 1 billion dollars to keep the Google search bar on the iPhone. The documents related to this arrangement are no longer available online, as per Bloomberg business.

This isn’t the first time Oracle has gone after Google over its Java software. The two tech companies have been back and forth in court since 2010 over copyright issues related to Java and Android.Â Google argues that the Java software used for Android is considered API (Application Programming Interface) software, and, therefore, open for anyone to use and not subject to copyright laws. Oracle, however, views the matter as one specifically of copyright infringement. Even courts have been inconsistent on the issue, with a ruling first in favor of Google and then reversed, and now headed back to court again.

With regard to the news that Google appears to have paid $1 billion to Apple so that Google would be the default search engine option on the iPhone, some view it as tech business as usual, since the argument can be made that Google has the best search option in the business.

However, the fact that most people now trust and consider Google (particularly Google News) as the most credible source for news and informationÂ may make some eyebrows rise, with reports that Google paid the maker of the most widely used smartphone to edge out other competing search engines. It may conceivably be a disturbing thought for some that so many users may have the news and information they are fed on a daily basis dictated by two mega-rich tech companies.

#Blizzard2016: How to Prepare For a Blizzard in Urban Areas

FacebookTwitterYoutube
← #Blizzard2016: How to Prepare For a Blizzard in Urban Areas ← Could Year-Round Pell Grants Make a Comeback?
×
'