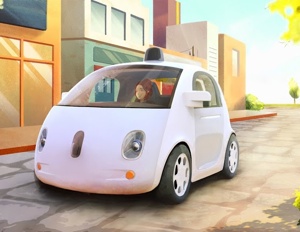 Google's newest self-driving car isn't just an SUV with cameras tacked on; all the sensors will eventually be integrated into the body of the car.

On Tuesday night at the Code Conference in California, Google unveiled the first Google-built prototype of its self-driving car.

In a blog post from Chris Urmson, director of the Self-Driving Car Project, Google outlines what it’s trying to accomplish from these simple prototypes. “The vehicles will be very basic–we want to learn from them and adapt them as quickly as possible–but they will take you where you want to go at the push of a button,” Urmson says.

“They won’t have a steering wheel, accelerator pedal, or brake pedal … because they don’t need them. Our software and sensors do all the work.”

The car looks decidedly adorable, a combination of a toddler’s toy car and a minimalist coupe. It’s fully electric, and has a top speed of 25 miles per hour.

Inside is a pair of seats (with seat belts), and a button to turn the car on. And that’s it. There are no pedals or steering wheels. 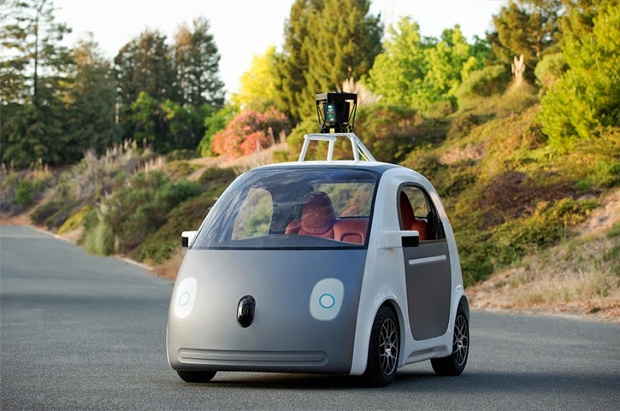 You won’t be getting these rides anytime soon. Google is only making about a hundred prototype vehicles for in-house testing, with later models including manual controls. “If all goes well, we’d like to run a small pilot program here in California in the next couple of years,” Urmson says.

Google is sharing updates on the project through its Google+ page.