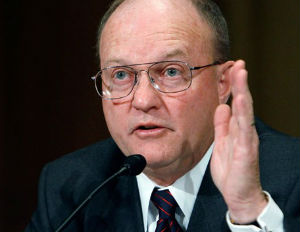 After Colin Powell endorsed Barack Obama for the second time, John Sununu, the former governor of New Hampshire, said that Powell’s endorsement was because Obama was black.

But Lawrence Wilkerson, a retired army colonel and a longtime Powell aide shot back at Sununu, and claimed that the party to which they all belonged was “full of racists. ”

My party, unfortunately, is the bastion of those people — not all of them, but most of them — who are still basing their positions on race. Let me just be candid: My party is full of racists, and the real reason a considerable portion of my party wants President Obama out of the White House has nothing to do with the content of his character, nothing to do with his competence as commander-in-chief and president, and everything to do with the color of his skin, and that’s despicable.

Sununu made his comments earlier this week to CNN’s Piers Morgan. “Frankly, when you take a look at Colin Powell, you have to wonder whether that’s an endorsement based on issues or whether he’s got a slightly different reason for preferring President Obama,â€ Sununu Â said.

This election promises to be extremely racially polarized. Â Over 90% of mitt Romney’s electorate is expected to be white, while Pres. Obama will need to pull in 40 percent of the white vote, a number he’s not at yet.