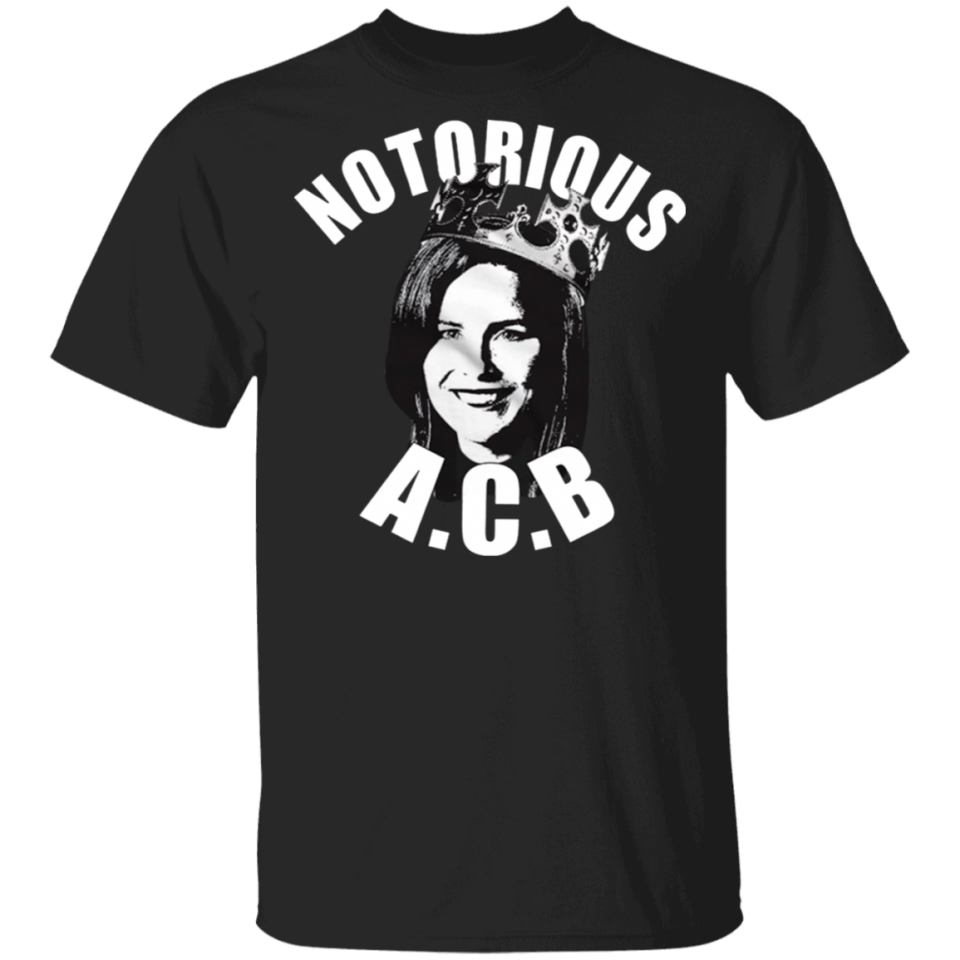 A photo of the Notorious A.C.B. shirt the GOP is selling. (Image: Prideearth.com)

The phrase is a play on the late Supreme Court Justice Ruth Bader Ginsburg‘s nickname Notorious RBG. Ginsburg earned the nickname later in her career after her dissent in the 2013 landmark Supreme Court case Shelby County v. Holder. The case was a landmark decision of the U.S. Supreme Court regarding the constitutionality of two provisions of the Voting Rights Act of 1965: Section 5, which requires certain states and local governments to obtain federal preclearance before implementing any changes to their voting laws or practices; and Section 4(b), which contains the coverage formula that determines which jurisdictions are subjected to preclearance based on their histories of discrimination in voting.

Ginsburg said in 2017 that the moniker –a play on rapper Christopher Wallace’s nickname, “The Notorious B.I.G.“– was first used by a New York University Law student, and quickly stuck. The nickname became popular and was put on t-shirts along with an image of Ginsburg in her robes and wearing a crown similar to the one the rapper wore in a photo.

Barrett, a federal appeals court judge, was nominated a day after Ginsburg became the first woman to lie in state in the U.S. Capitol.

The NRSC is also selling “Fill The Seat” t-shirts. The phrase refers to a chant that broke out at Trump’s North Carolina rally on Saturday.

The Barrett shirt received condemnation on Twitter and in the political spectrum. California Governor Gavin Newsom tweeted, “This makes me sick to my stomach.”

Connecticut Senator Chris Murphy called the A.C.B. shirt, “A reminder to do something–anything– tomorrow that will make sure the people who did this aren’t in charge come January.”

Meanwhile, CJ Wallace, Christopher Wallace’s son, told the Today Show last week that his father would have been honored to share the nickname with the Supreme Court Justice.

“Brooklyn, New York, represents no fear, confidence, and speaking your truth, and my dad and Justice Ginsburg lived those words,” CJ said. “I think he would be honored to share the ‘Notorious’ title with her, and it’s up to us to honor their legacies by continuing to fight for equality and justice for all by voting and getting into good trouble.”