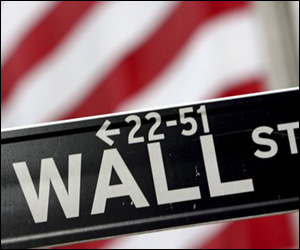 A new report commissioned by the Small Business Administration confirms what many small business owners have been saying all along: The government bailouts for banks did little to mitigate the credit crunch for small businesses. Even more troubling is the fact that the banks that took taxpayer money during the financial crisis – that threatened the world’s markets four years ago – cut their lending to small businesses more than other banks did, according to a paper written by DePaul University economist Rebel Cole.

The U.S. Treasury invested more than $200 billion in 700 banks through the bailout program, including $25 billion each to the nation’s largest lenders, including Wells Fargo, JPMorgan Chase, Citi and Bank of America. The Treasury reported that it’s Troubled Asset Relief Program (TARP) repayments have turned a profit for taxpayers. Cole called the bailout “a bait and switchâ€ in an interview on November 9th. He says the U.S. government asked banks â€to lend that money to small businesses and they didn’t do it. They shored up their capital position.â€ The drop in lending that followed the financial crisis was more severe for small businesses than their larger counterparts. It also hit commercial and industrial loans harder than commercial real estate loans.

“OnceÂ you’veÂ made a loan to make an office building, you’re stuck,â€ Cole says. “They cut back their lending where it was easier to cut back.â€

Small business loans dropped 18 percent from $659 billion in 2008 to $543 billion in 2011, according to the report. TARP banks cut their lending to small businesses by 21 percent, compared to a 14 percent drop at other banks.

Small business owners have pointed out how increasingly hard it is to get loans and lines of credit from banks. David Allen, a business owner commented “I run a small business (10 employees); the banks and Obama were nowhere to be found when we desperately needed a loan during this time period. What is amazing is that this information actually surprises a lot of people.Â “