Governors Getting Louder In Defiance Of Trump's Coronavirus Response 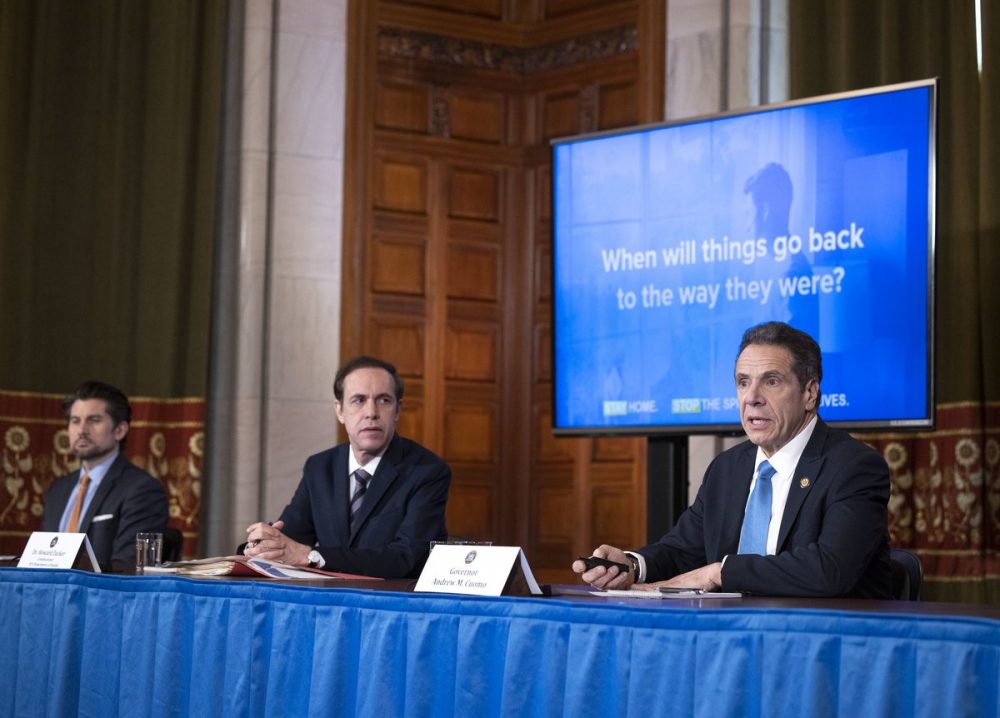 Governors on both coasts are joining forces to discuss a strategy to slowly and carefully reopen states while ignoring Trump’s claims that he has “total authority” over the matter.

Six governors in the Northeast and three on the West Coast have announced they will work together. Govs. Andrew Cuomo (D-NY), Phil Murphy (D-NJ), Ned Lamont (D-CT), Tom Wolf D-PA), John Carney (D-DE) and Gina Raimondo (D-RI) have joined forces to create joint recommendations on how they can reopen their economies. Massachusetts  Gov. Charlie Baker joined the group on Monday night.

The group said each state will name a public health official, an economic official, and their respective chiefs of staff to lead the effort.

The governors are basically ignoring Trump’s daily pressers and comments in order to coordinate a response by themselves. Gov. Baker is the only Republican in the two groups.

On Monday, Trump said during his daily presser, he has total power on when to reopen states.

When reporters pressed Trump on his claims, he became angry and some say he threw a temper tantrum. He later walked backed his statements Tuesday saying that states can do what they see fit.

Cuomo, who has gone back and forth with Trump in the media, said the president needs to stop pretending he has that power.

“We don’t have a king. We have an elected president,” Cuomo said during an interview with CNN’s Erin Burnett. “The Constitution clearly says the powers that are not specifically listed for the federal government are reserved for the states, and the bounds between federal and state authority are central to the Constitution—one of the great balances of power.”

Trump’s response to the outbreak has been viewed by some as anywhere from erratic to dangerous.