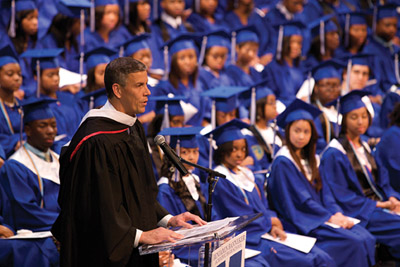 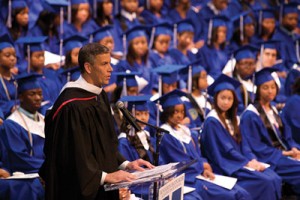 Recent data collected by the National Center for Education Statistics shows that the national graduation rate has reached a historic high with 80 percent of students receiving a high school diploma in 2012 and with projections of a 90 percent graduation rate by 2020.

According to The Washington Post, Education Secretary Arne Duncan called the data “a profound milestone” at a Monday gathering hosted by America’s Promise Alliance, but remained aware of the achievement gap that still exist within the education system.

“Let’s talk in concrete terms about who is behind those numbers. That 20 percent represents 718,000 young people, among them a sharply disproportionate share of African Americans, Hispanics, Native Americans” as well as special need students and English-language learners he said.

For Black students, the 2012 graduation rate reached a below-average 69 percent and for Hispanics 73 percent. English-language learners and special education students reached rates of 59 and 61 percent, respectively.