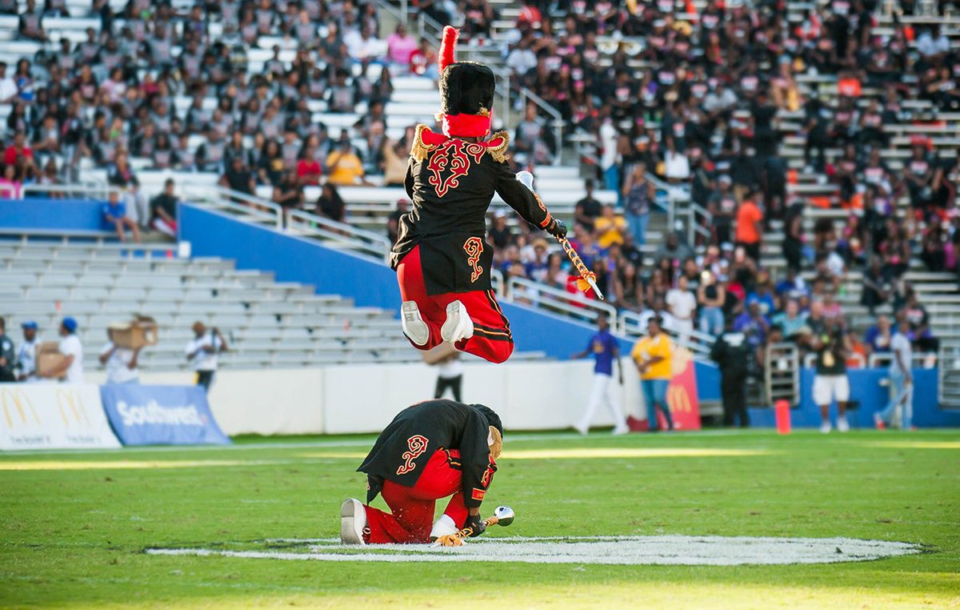 Candace Hawthorne, a senior from Dallas, is among three drum majors in the school’s World Famed Tiger Marching Band, the university said in a release.

Hawthorne is the first female drum major since Velma Patricia Patterson, who served through 1952.

“It’s extremely mind-blowing,” she said, according to HBCU Gameday. “I never would have expected for me to make history like this. I am so honored.”

For the double music and engineering technology major, this is the moment she’s long waited for.

“It’s really crazy because I have always wanted to be a drum major, but I did not have the confidence to try out or go for it,” Hawthorne continued. “So, to be at my favorite HBCU and this happens to me—I am like ‘Wow.’”

Dr. Nikole Roebuck, Grambling State University’s director of bands, said, “having Candace as the first female drum major in 70 years is another historical event for not only the World Famed but the university as well. She is paving the way for females to come.”

Roebuck said she’s excited to return this season after being out last year due to COVID.

“Last year was very different not being able to have a season, so it feels good to be back,” she said. “We have a new set of drum majors this season who are very eager to show what they are made of.”

“As head drum, I know I have a lot of eyes on me,” Jones said. “And those eyes are pushing me to encourage my fellow bandsmen to push themselves to the greatest potential, give 110% and give the people what they like—a show-stopping performance.”

Jones is looking forward to traveling and conquering “other bands that stand in our way.”

“It’s a big dream come true,” he said. “I have dreamed about this since before high school.”

Grambling State University, located in Grambling, Louisiana, has made history, and there’s more to come. Roebuck tells fans to “keep watching and get listening,” she said. “It’s almost showtime!”

The band’s first performance is Sept. 5, when the university’s football team plays against fellow HBCU, Tennessee State Tigers, during the Black College Hall of Fame.