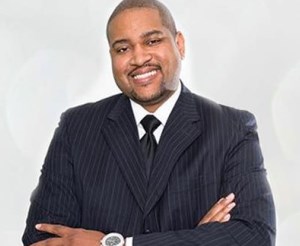 Atlanta-based mega producer Kevin “Khao” Cates and the work he is doing in Atlanta and across the nation is revolutionizing education for inner-city and disadvantaged youth.Â  Cates serves as founder ofÂ Bridge DA (Developing Academics) Gap, which empowers children and teens through music-based programs and curriculum.

A few years ago, Cates was at the top of the music industry, producing chart topping records for hip-hop’s elite stars such as Pharrell, Jay-Z, T.I., Snoop Dogg, Ludacris, and R Kelly. Despite such success, the multiplatinum, Grammy-nominated producer decided to channel his engineering prowess into what he believed was his true calling–making a difference in the lives of young people.

Recognizing that many schools nationwide were failing and that teachers lacked the training and resources to address the unique needs of underprivileged students, Cates launched his 501(c)(3) nonprofit to address social and emotional needs of inner-city and disadvantaged youth.

“My dad always told me it’s one thing to be successful, and another thing to be significant and leave a legacy behind,â€ Cates said in a released statement. “I carry those words with me everywhere I go.â€ Today he has built a team consisting of very notable and high-profile names and has transcended music into the arena of business, education, and technology.

Best Academy in Atlanta was one of the first schools to enter a partnership with BDG. Others followed suit with positive results. Bear Creek Middle School in Atlanta saw a schoolwide grade point average rise from a 2.0 to 2.3, which has been attributed to BDG’s curriculum.

Intersection of Music, Tech, and Education

BDG is a curriculum that teaches character building and life skills through music. It includes a textbook, DVD, and online lessons that are taught by both Cates and renowned television and film actress, Meagan Good. There are 12 chapters, accompanied by songs that Cates produced himself, covering topics such as gangs, bullying, drug abuse, self-determination, and coping with the death of loved ones. In many of America’s roughest neighborhoods, these lessons can prove life-saving.

Koolriculum, which incorporates technology, hip-hop music, and a scholastic program, meets all general U.S. academic standards. Cates entered the studio again to produce more than 600 songs that tie into various subjects within mathematics, science, social studies and English. Lesson plans are completely customizable and teachers can select playlists to coincide with their daily agendas. Students are ableÂ to access these customized assignments at home on their computers, cell phones, and tablets.

“I always liked helping and mentoring kids, I often told myself that if I didn’t do music I would do teaching,â€ he added. “People thought I was crazy to step away from the music and spend $1 million of my own money, leaving millions of dollars behind in the industry. I had no formal education experience, but I relied on God and it has really been a faith walk ever since.â€