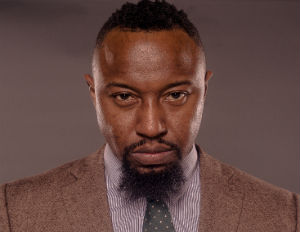 With an all-star list of artists he’s produced for including Mary J. Blige, Earth, Wind & Fire, Al Green, Anthony Hamilton and many more, Kelvin Wooten is continuing to make his mark in music one hit record at a time.

Working with Anthony Hamilton and singer Elayna Boynton to produce “Freedom,” which appeared on Quentin Tarantino’s Django Unchained soundtrack, Wooten credits Raphael Saadiq for helping him get his big break into the industry. Now, with a record label of his own and a growing list of artist collaborations, this Grammy nominated producer, who attended college on a tuba scholarship, shares with BlackEnterprise.com his journey to finding success in the music business.

How did you get your start in music and have you always wanted to be a producer?

When I knew what a producer was, yes, I always wanted to be a producer. I started at a very young age. I went to Alabama A&M University and I was subsequently in the background playing with a keyboard when Raphael Saadiq called a very good friend of mine who was a guitarist. And Raphael Saadiq said, “Hey its some music in the background what’s that?â€ He said, “Oh that’s just some kid.â€ He said man he sounds really good, can I talk to him?

Anybody that knew me at that time knew I was a super huge fan of Tony! Toni! TonÃ©! so to know that was Raphael Saadiq on the phone I almost lost it. He said, “Hey man, what do you think about coming to the bay area to do some work with me?â€ I said “Sure.” In about a week he called me again and I talked to all my professors and was able to finagle something so I could get out to the west coast. I was about 18 or 19 at the time. So that was my start.

Was the moment you started working with Raphael Saadiq when you discovered what a producer was?

Yes, I had the know hows in terms of putting music together, but I didn’t really know that I was producing. I just thought I was programming and sequencing, but I later found out that was actually the beginning of production.

You’ve worked with everyone from Raphael Saadiq to Mary J. Blige, Earth, Wind & Fire, Anthony Hamilton and the list goes on. What’s your secret to building those key industry relationships?

Just being solid and consistent in what it is that you do. What we do in R&B is different and unique so I think just keeping hold to that. People realize what you have to offer to the music industry and to the game. I think so many times producers feel like they need to stray away and do what’s trendy and what’s hot. You always want to be relevant, but being consistent is what keeps the relationships going when people say “Ahh, I know where I need to go to get this particular thing.â€ Then from there you build a form of trust with the artist and they understand that this is truly the only place they can get this.

Are there any artists you haven’t worked with that you would love to work with in the future?

Yes, there are tons of artists and some artists I would actually like to repeat. I would love to work with Common. I would also love to see Outkast and A Tribe Called Quest and work with those guys.

Who is your favorite person that you’ve worked with so far?

I had an opportunity to briefly work with Al Green by way of working with [Anthony Hamilton]. He’s from Michigan, but has done a lot of work in Memphis and in the south. He had a lot of stories to tell about Alabama. A lot more than I can even tell about my own state and just the connection I had with him I would love to get an opportunity to work with him again.

Where do you see your record label and the Kelvin Wooten brand within the next five years?

I see myself continuing to grow the record label and maybe expand the brand into some other things as far as film and television. I really don’t desire to have a big huge roster of artists. I definitely would like to just continue the process of letting the underdogs have a platform and a creative outlet.

What advice do you have for someone who wants to break into the business?

From my own experience, I would just say be consistent with what it is that you love to do. Don’t think so much about trying to break into the industry as much as you concentrate on being an artist in your own right and creating music. I think once you solidify that this is what you want to do, God will bring it all together and the opportunities will show up. My Raphael Saadiq experience was one. I was a huge Tony! Toni! TonÃ©! fan and I always wanted to play with [them]. I had no idea what production was. I was just a kid in there playing the keyboard and then all of a sudden this guy calls me and wants me to produce for him. You know, what are the odds of that?