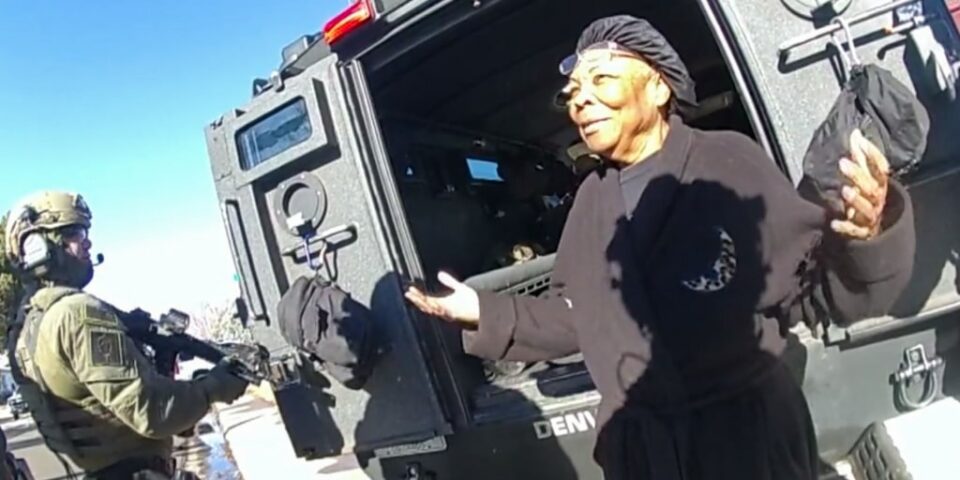 A Colorado grandmother is suing a Denver police detective who allegedly ordered a SWAT raid on her house after it was falsely “pinged” by an Apple device app.

According to NBC News, the Apple “Find My” app, which is used to track Apple devices that may be lost or stolen, marked 77-year-old Ruby Johnson‘s home as the location of several stolen items.

According to a lawsuit filed Wednesday, the stolen items included six firearms and an old iPhone.

Lawyers with the American Civil Liberties Union of Colorado, who filed the lawsuit, alleged that Detective Gary Staab of the Denver Police Department illegally issued a warrant for the raid of the home, based on a “hastily prepared, bare-bones, misleading affidavit.”

The complaint specifies Johnson is suing Staab “in his individual capacity.” Johnson is seeking a jury trial and unspecified damages, according to the filing.

According to an affidavit obtained by KUSA, the area that was highlighted on the Find My app as the possible location of the phone spanned at least six properties and four blocks.

The complaint alleges that Staab’s affidavit violated Johnson’s right, afforded by the state constitution, to “be free of unreasonable searches and seizures.” They also suggested that the affidavit allegedly “lacked probable cause that evidence of a crime could be found” at the 77-year-old’s home, since it was based on an unverified and wide-ranged ping by an Apple phone app.

NBC News reports that Staab issued the search warrant the day after a white truck with a Texas license plate was allegedly stolen from the parking garage of a Denver Hyatt hotel.

According to the vehicle’s owner, who was staying at the hotel, the truck contained six firearms — including a tactical military-style rifle, two drones, $4,000 cash, and an iPhone 11.

NBC News reported that Staab could not immediately be reached for comment on the matter.

The Denver Police Department and the Department of Public Safety issued a statement to “sincerely apologize to Ms. Johnson for any negative impacts this situation may have had on her.”