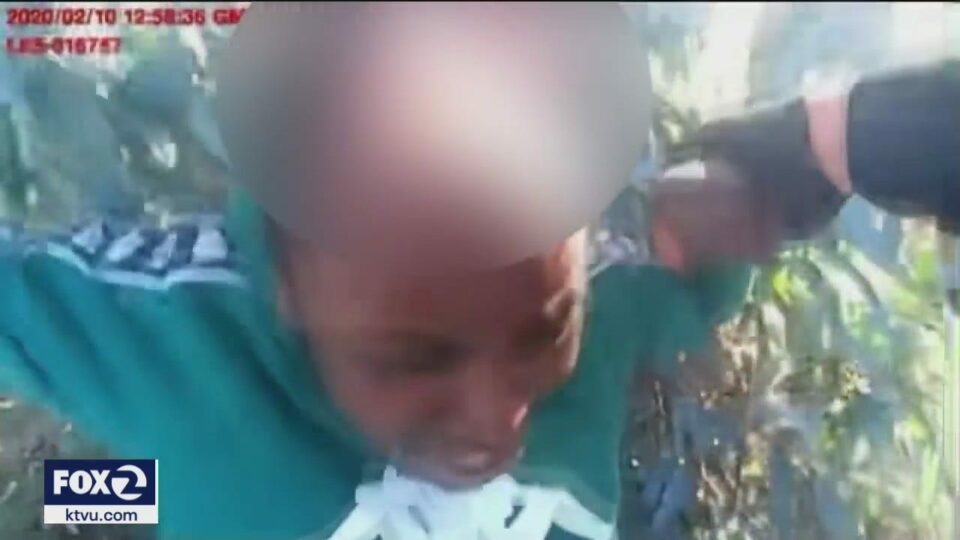 In a brutal 2020 incident, Talmika Bates, then 24, had her scalp ripped off by a Brentwood (CA) Police K-9, a video obtained by KTVU shows. The incident occurred after she was suspected of stealing several thousands of dollars worth of cosmetic products from a nearby mall.

Bates now 26, has filed a lawsuit citing police negligence and violation of policy.

On the afternoon of Feb. 10, 2020, an Ulta employee contacted the police to report three young women who had shoplifted $10,000 worth of products, including Channel perfume from the store, according to a Facebook post.

Following the call, Brentwood police searched the neighborhood for the women. Officer Ryan Rezentes discovered Bates hiding behind some bushes in a field along Empire Way.

As seen in the body cam video, Bates is screaming and sobbing in pain, while the skin on the top of her head was mauled and bloody.

“Help me! The dog is biting me,” she screams. “My whole brain is bleeding!”

Although the video is shaky, audio clarifies Bates’ screams calling off Marco, while Rezentes’ German commands to “heel” were ignored by the K-9 twice.

As Bates cried for medical attention, the officers on scene demanded she exit the bushes. Rezentes was propelled to physically remove Marco from the severely hurt young woman.

Her civil rights attorneys, Adante Pointer and Patrick Buelna, filed a federal lawsuit late Tuesday night. The lawsuit claims that Rezentes, who is still currently employed, violated his training and instructed Marco, a German Shepherd police dog, to go after the woman “without providing any warning or a reasonable opportunity to surrender.”

“This unbridled use of an apparent blood-thirsty dog to track, hunt, and then attack an unarmed fleeing woman as she lay in a set of bushes harkens back to the days of slavery and slave catchers,” the lawsuit states.

The lawsuit is also focusing on the officer’s police report, in which, he “conspicuously fails to mention the fact that he permitted Marco to needlessly maul Ms. Bates or that he lost control of Marco as Marco attacked and seriously injured Ms. Bates.”

Two years later, Bates is a student who lives in Oakland. She describes the painful memory as “traumatizing” and “sad.” She was rushed to John Muir Health hospital in Walnut Creek after the incident, where her scalp was sewed back on. However, her hair still doesn’t grow around her wounds.

“I feel ugly,” she said. “I get miserable I get depressed. I’m not happy with myself. I don’t even feel cute.”

In the shoplifting case, Bates pled guilty for felony grand theft and spent 120 days in jail and is on probation for a year, according to Fox 5 Atlta.