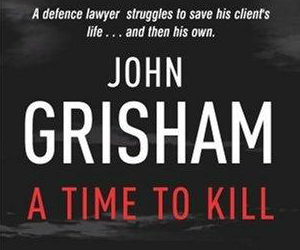 There is a sequel to ‘A Time to Kill.’

The latest story will feature Jake Brigance (The attorney from ‘A Time to Kill’) as a lawyer in a small Mississippi town and it promises a trademark Grisham tale of “intrigue, suspense and plot twists.â€

After initially being published in 1989, “A Time to Killâ€ had a resurgence after other titles from Grisham became best-selling books. After being reissued, the book has made its way to the stage, as well as a big budget movie starring Samuel L. Jackson, Sandra Bullock, Kevin Spacey and Matthew McConaughey.