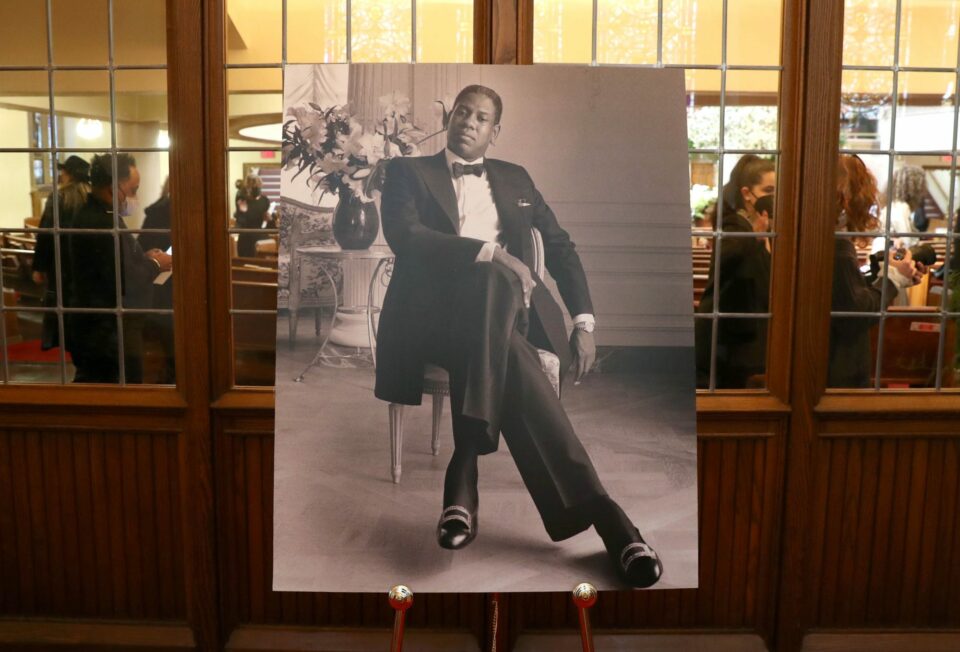 The legacy of André Leon Talley, the pioneering Vogue Editor, fashion designer, journalist, and creative director, continues to live on through his many decades-long relationships in the fashion world.

PEOPLE reported that among those in attendance included the global editorial director of Vogue and the global chief content officer for Condé Nast, Anna Wintour, supermodel Naomi Campbell, and designer Marc Jacobs. Both women delivered emotional speeches. They spoke of Talley’s life story of being raised by his grandmother, a cleaning woman at Duke University, to becoming the first Black man to hold his position at Vogue and becoming one of the fashion industry’s biggest champions and boosters.

Campbell said of her late friend, “When we felt we couldn’t get through a door that was closed to us, he pushed it open for me and got me to do things I didn’t think I could,” according to Page Six.

The fashion-studded memorial resonated with that of a Black Baptist church experience with clapping and singing along with a gospel choir. Abyssinian Baptist Church was Talley’s house of worship.

“You had more class and elegance than anyone I’ve ever met. We laughed and sometimes fought, as you weren’t always easy,” von Furstenberg said during her speech, the outlet reported.

Oftentimes, Talley was the only Black person in the front row at fashion shows. But he was a man revered for breaking boundaries while never forgetting about his humble beginnings. An alum of Brown University, Talley joined Vogue in 1983 as fashion news director and eventually became the magazine’s first Black creative director and, eventually, its editor-at-large.

May Talley’s trailblazing work continue to inspire generations to come.