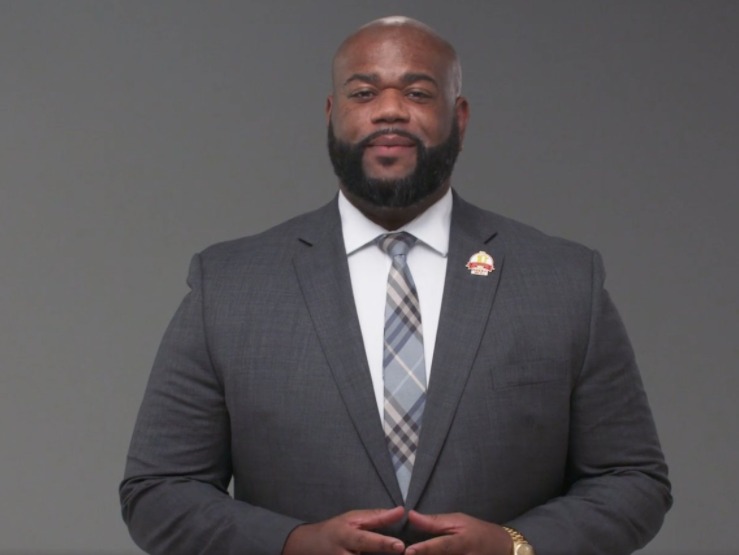 The Fuddruckers franchise business operations will be sold  to Black Titan Franchise Systems LLC, which is owned by an HBCU alumnus named Nicholas Perkins. Twitter- @HowardU

Luby’s, Inc. announced that the Fuddruckers franchise business operations will be sold  to Black Titan Franchise Systems LLC, which is a newly formed affiliate owned by the visionary, Nicholas Perkins, an HBCU Howard University grad.

A number of Fuddruckers restaurants were previously sold to a Perkins affiliate, making Perkins one of the largest Fuddruckers franchisees, according to a press release. Perkins is the CEO of Black Titan Franchise Systems LLC. MSN reported that Luby’s, Inc. is a Houston-based cafeteria chain which planned to liquidate its assets and dissolve it. In agreement with this, Black Titan Franchise Systems LLC was formed for the sole purpose of owning the Fuddruckers.

“We’re excited to be purchasing Fuddruckers and look forward to working with Fuddruckers’ many dedicated, highly capable franchisees to further build this brand,” Perkins said. “As a Fuddruckers franchisee, I have a vested interest in ensuring that all Fuddruckers franchisees have the resources, infrastructure, and operational and marketing support they need to maximize their return on investment. This strategic alignment, when combined with the fact that we sell the ‘World’s Greatest Hamburgers’™, will ensure the long-term success of the brand and our franchisees.”

As stated in Perkins Management Services Company’s website, Perkins is Chairman, President, and CEO of the Washington, DC based  company, in addition to Perkins and Robinson Investment Group. Perkins’ empire and affiliates are inclusive of retail fast food industry dining services. However, custodial, facilities, and grounds maintenance were also mentioned as areas of specialty along with subsidiaries.

Perkins –who now owns a multi-million-dollar enterprise—was born  and reared  in Fayetteville, NC, according to Johnson C. Smith University. He was raised by a single mother and Mrs. Laurene W. Perkins, which was his grandmother who opened his eyes to culinary interests, Johnson C. Smith University reported. The businessman has also provided employment for individuals from underserved communities.

“ My grandmother was a phenomenal cook, she nurtured my passion for the kitchen, I knew that I loved to cook and had a passion for it but I also wanted to become an entrepreneur, so I merged the two and established Perkins Management Company,” Nicholas said.