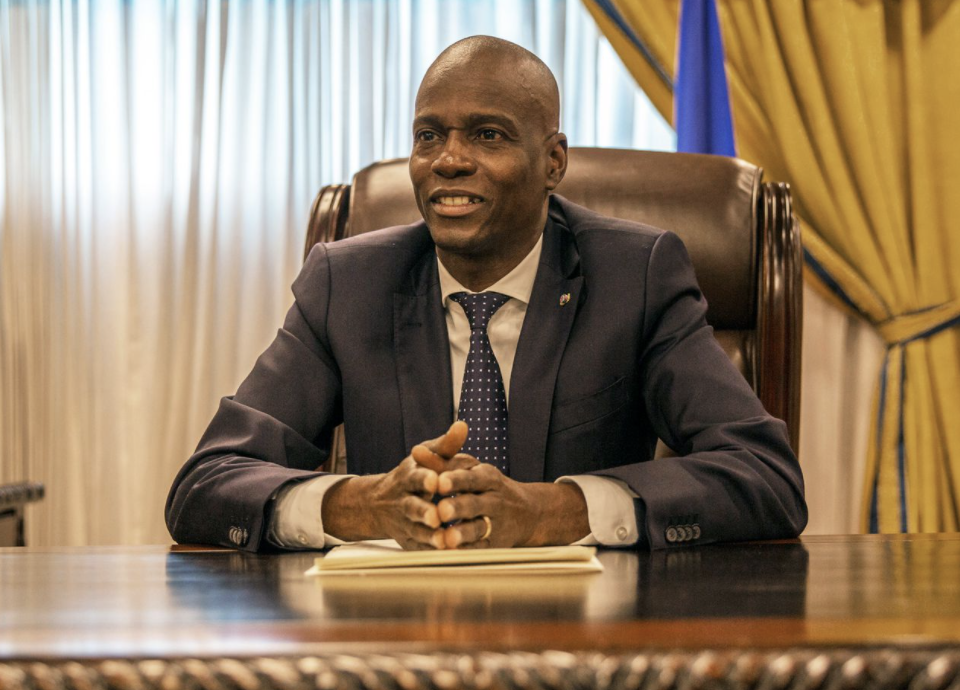 Haitian police have detained almost a dozen and a half people in connection with the assassination of the Caribbean nation’s President Jovenel Moïse.

According to Euronews, it is believed that some of the assassins were made up of two Haitian Americans– James Solages, 35, and Joseph Vincent, 55. The other 15 suspects are reportedly from Colombia– with at least six of the detainees being alleged ex-military from the South American country.

During a news conference, Haiti’s Chief of National Police Léon Charles committed to bringing justice to all who participated in Moïse’s assassination.

“We are going to bring them to justice,” Charles said.

According to the law enforcement leader, three other insurgents had been killed, and eight more were still on the loose.

In conjunction with the Haitian government, the Colombian government is also investigating the involvement of its suspects.

“A team was formed with the best investigators … they are going to send dates, flight times, financial information that is already being collected to be sent to Port-au-Prince,” said Gen. Jorge Luis Vargas Valencia, the head of Colombia’s national police.

On Wednesday, the president was assassinated by gunmen who claimed to be DEA agents. Moïse’s wife, Martine, was also shot, but she was airlifted to a hospital in Miami, where she is being protected by security. The couple’s daughter hid and escaped injury.

With political unrest still prevalent in Haiti, Interim Prime Minister Claude Joseph has declared a state of siege in the island nation that shares land with the Dominican Republic.

“In line with article 149 of the Constitution, I have just chaired an extraordinary council of ministers, and we have decided to declare a state of siege throughout the country,” Joseph detailed.

“They shot and killed the president and injured his wife,” he continued, assuring that their deaths “would not go unpunished.”

Moïse faced rising public outrage after the elected leader decided to forcibly extend his presidency past his five-year term, which ended on February 7.

Haitian citizens called for his resignation in February 2020 amid allegations of misappropriation of funds and accusations of making the already volatile financial affairs of the island worse.