Haitians Continue To Denounce U.S.-Backed President, And Now They Have The Diaspora's Ear #FreeHaiti 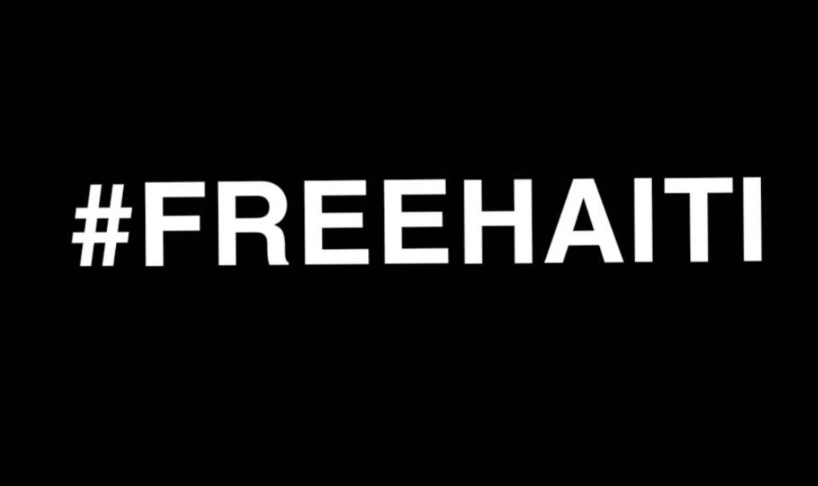 The #FreeHaiti movement is trending amid supporters jumping on board to stand behind Haiti’s pro-democracy advocates.

As Haitians continue to denounce President Jovenel Moïse’s regime, the push for the leader’s resignation has grown daily since February, according to Democracy Now. American celebrities and regular folks alike are speaking out for citizens of the Caribbean-island nation.

A delegate official raped a minor of 15 yrs old, nothing was done on her behalf!A baby of 5 yrs was kidnapped and killed! Still no justice! Women are being raped and killed still no JUSTICE! The people are asking that the government is held accountable! We want JUSTICE #FreeHaiti

My mom, my friends, and other family members who still live in Haiti have to send me a “hey I’m okay” text everyday. I am tired of constantly worrying!!! #FreeHaiti this cannot go on!!! pic.twitter.com/Ncz8cU9HcO

My mom, my friends, and other family members who still live in Haiti have to send me a “hey I’m okay” text everyday. I am tired of constantly worrying!!! #FreeHaiti this cannot go on!!! pic.twitter.com/Ncz8cU9HcO

#FreeHaiti love to all my Zoes 🇭🇹

The president, who is supported by the United States and the United Nations, is being accused of turning Haiti’s democracy into a self-serving dictatorship. At the same time, citizens languish in poverty and surges of violence.

A protester from Port-au-Prince gave Democracy Now a strong message about Western interference and the president.

” We, the young people, are the path to the liberation of Haiti. We will continue fighting until we regain sovereign status. Because we know that it is the Americans, foreign powers, the Organization of American States and the U.N. who are supporting President Jovenel Moïse, it is they who support these thieves,” the freedom fighter expressed.

“I send a message to Joe Biden and to them: I know that our resources interest them, but we continue fighting to regain our sovereignty.”

Moïse was elected as president in November 2016. Since his role as Haiti’s leader began, Moïse has been embroiled in scandal and accusations of corruption amid promises to better the nation’s economy and infrastructure.

Reuters reported in 2019 that Moïse rejected claims of being corrupt as calls for his resignation rocked the administration.

Before he became president, he was a businessman who grew bananas with no political experience. According to the Miami Herald, that inexperience and lack of accountability attributed to millions of dollars disappearing. Money allotted for post-earthquake construction and road projects that completed.

A final nail in the corruption accusation’s coffin was more than $2 billion in petrodollars from the Venezuela PetroCaribe petro finance project embezzled by various Haitian administrations– past and present.

Haiti is the most impoverished nation in the Western Hemisphere and has a devastating history of U.S. political interference.