Hallmark Expanding Mahogany Collection Into 'More Than A Card Line' 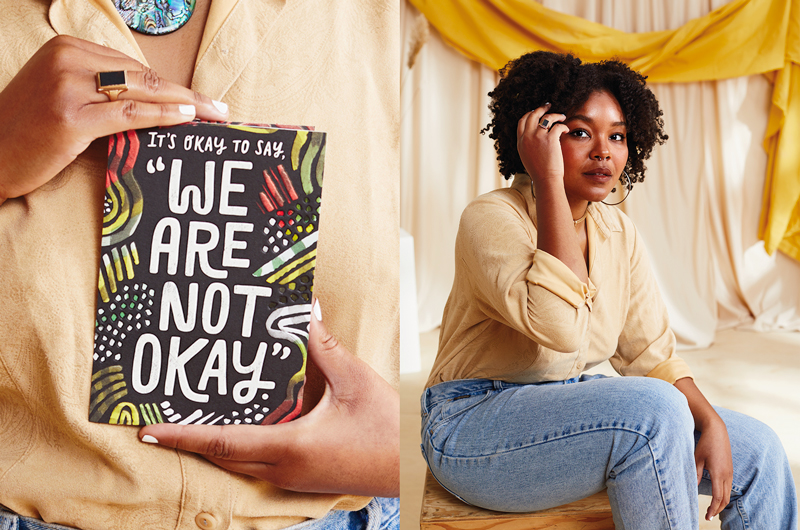 More than three decades after Hallmark launched its Mahogany line, the greeting card company announced plans of expanding it “into more than a card line.”

During Black History Month, the company gave away 1 million Mahogany greeting cards from its “Uplifted + Empowered” collection. The collection features 11 cards designed by a group of Mahogany writers, editors, and artists that celebrate the resilience and pride that exists within the Black community.

“The story of Blackness in America is joyous and fiercely beautiful, but it is also stitched with an unending and unjust difficulty,” said Mahogany writer Courtney Taylor. “The forces of racism and systemic oppression mean a constant fight for our rights, our equality and our lives.” She noted her job at Hallmark being “all about writing those perfect words, words that heal and hold relationships together.” However, she noted that “there are not many cards that address the difficulty of race, cards that speak directly to the truth of Black experiences.”

The collection was created as a result of the 2020 shooting deaths of George Floyd, Breonna Taylor and Ahmaud Arbery. Inspired by the movements that took place in fighting for racial justice, the Hallmark creative team sought to make a difference and allowed the Mahogany team to bring their collective ideas to life.

“Each and every one of these cards has a very specific purpose,” said editorial director Dierdra (“Dee”) Zollar. “We spent hours in discussions with our creative partners, members of the Hallmark African-American Leadership Council (HAAL), as well as having conversations with family and friends and watching news stories to make sure we would offer the most compelling, relevant and authentic messages.”

Dee shared the historical and current events that inspired some of the card designs in the collection. “One was the death of Congressman John Lewis, who had been such a courageous and highly-respected beacon of light in the Civil Rights movement and on the current political stage,” she explained. “His memorable participation in and subsequent vicious beating on the Edmund Pettis Bridge in Selma, Alabama, is such a powerful iconic symbol of his unwavering commitment to civil rights and building bridges across race, religion, culture and political parties. An inspirational card with a bridge on the cover pays homage to this icon and honors Black people’s marches then and now in our fight for equality.”

The collection and Hallmark’s expansion in Mahogany were both announced during Black History Month when they named Alexis Kerr as the new vice president of the Hallmark Mahogany Brand. “Hallmark’s investment in Mahogany will help us deepen and strengthen our relationships with existing customers, while also attracting new and diverse audiences,” Kerr said.