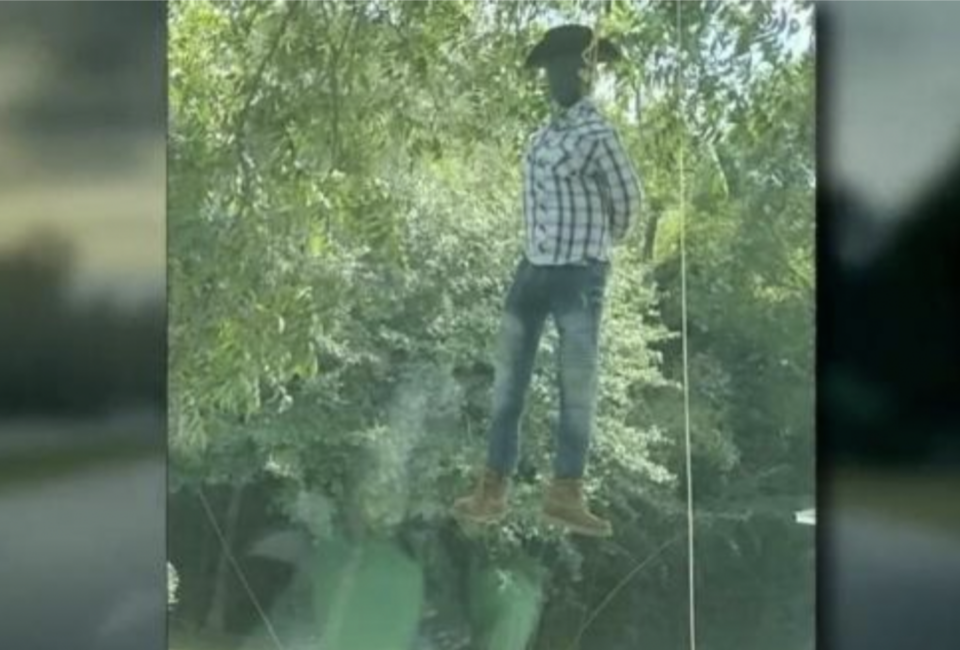 This Halloween display was a little too much for community residents.

A controversial Halloween display in a family’s yard in Harnett County, North Carolina, was taken down after it was spotted and shared by hundreds of people on Facebook.

WRAL reports that the display appeared to be a full-dressed man hanging from a tree outside the home in Coats. The man-looking prop had its hands tied behind its back as the body dangled from a branch.

Investigators with Harnett County’s Sheriff’s Office spoke with the news outlet regarding the display. According to the family, the Halloween decor was supposed to reflect a farmer, but other residents were concerned that the display had racist intentions.

“Maybe we did take it the wrong way. And it did look a certain way that everyone was kind of confused about, but I’m glad in the end, that’s not what it was representing,” said Jenni Byrd, who lives in Harnett County. “My daughter is biracial – she’s Black, white and Indian, and I don’t want her growing up seeing these things,” Byrd added.

Investigators informed that no existing policies ban such displays on private property. However, the family decided to take the display down after recognizing it was a hurtful sight within the community.

DeAngelo McDougald spotted the display while riding by and posted the image to Facebook. WRAL says posting the image was his attempt to bring light to the situation.

“I just rode past it and it looked so real that I stopped,” McDougald said. “If you’re passing by and you just glancing over, you’d be like ‘someone’s hanging from a tree,” he added.

According to North Carolina Time, the display has been removed. Major Aaron Meredith with Harnett County Sheriff’s Office shared that investigators addressed the controversial display with the homeowners of the property.

“It’s a Hispanic family and they said it was simply a Halloween decoration they put up and once it was explained to them how it was perceived, they realized that and they were very apologetic and they took it down immediately,” Meredith said.

Reportedly, members of the community were satisfied with the outcome of having the display removed, including Byrd, who said, “If the intent of it wasn’t what we thought it was, then that’s the best outcome.”