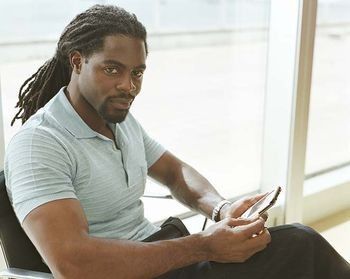 The dean of Hampton University Business School is standing his ground on his controversial ban of dreadlocks and cornrows in the classroom.

The ban applies to male students who enroll in the 5-year MBA program’s seminar class. The dean, Sid Credle, argues that the ban has been effective in helping students land corporate jobs and that they should look the part when searching for employment. While controversial to some students, Credle says that the style of dreadlocks in particular have not been historically considered a professional look.

The business school ban is very reminiscent to reports of Six Flags Corporation banningÂ  employees from wearing the same hairstyles, which have long served as a conundrum for African-Americans who often find a wedge between their cultural conventions and the corporate world.