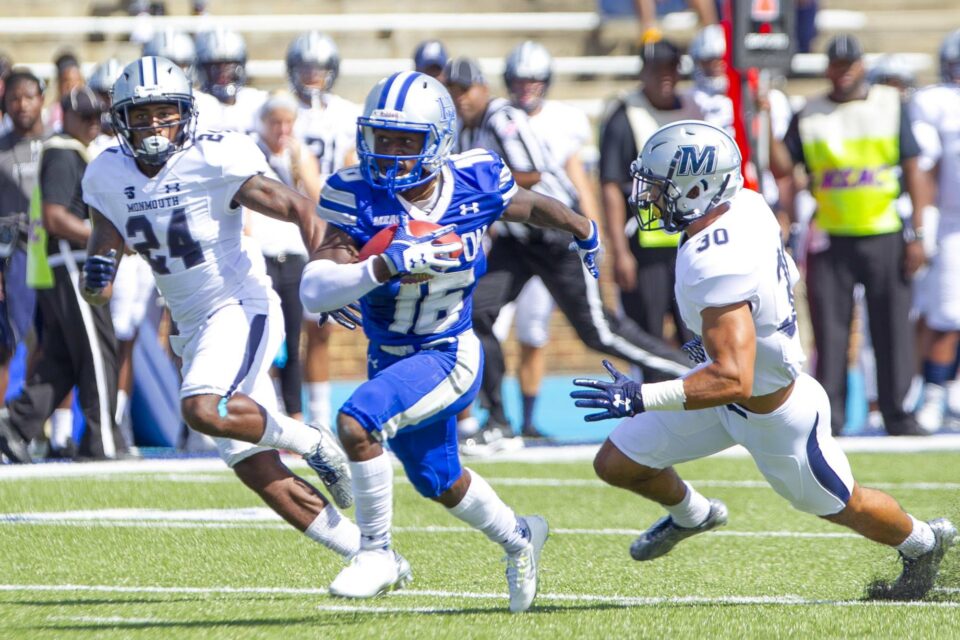 In addition to Hampton, Stony Brook and Monmouth Universities will also leave the Big South Conference to join the CAA, giving the Association 12 full-time members.

“The move to the Colonial Athletic Association is the next step in the evolution of Hampton University athletics,” Hampton University President Dr. William Harvey said in a release. “Several institutions in the CAA are located in our geographical footprint, which means that our student-athletes will continue to spend less time traveling and more time in classes on campus.

The move is expected to increase ticket sales for many of Hampton’s sports programs. The Pirates made a similar move in 2018 when it left the Mid-Eastern Athletic Conference (MEAC), one of two all-HBCU Division 1 conferences.

However, fans that lived for HBCU rivalries cared little about Big Sky schools in North and South Carolina. The move to the CAA gives Hampton natural in-state rivals with William & Mary and Richmond University.

“Like Monmouth and Stony Brook, which are public schools (HU is a private institution), everybody has a chance to better ourselves, and I think we did,” Pirates’ director of athletics, Eugene Marshall Jr., said.

“Under Dr. Harvey’s leadership, we mapped out a plan (to join the CAA), and I’m ecstatic about it because there are a lot of similar academic schools, and we have strong alumni bases where (almost all) CAA schools are located.”

CAA commissioner Joe D’Antonio said he is excited about the addition of the three new schools.

“All three schools fit perfectly into the framework of the conference’s vision,” D’Antonio said in a release. “The CAA is excited for what the future holds and will continue to be focused on making decisions that ensure its membership is a competitive and sustainable model.”