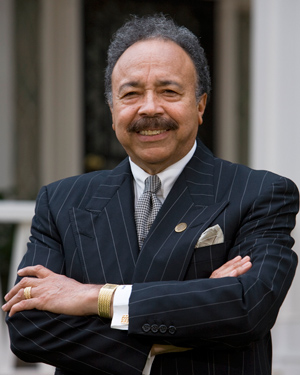 Step onto the campus of Hampton University in southeastern Virginia, and you’ll find its 314 acres to be full of energy. Recent achievements include a multimillion-dollar NASA mission managed entirely by the university’s Center for Atmospheric Sciences, and the largest freestanding proton therapy center in the world. Also, Hampton’s endowment, is impressive, at more than $230 million, placing it among the top five endowments at historically black colleges and universities, and 241st among the endowments of 833 U.S. and Canadian colleges and universities, according to the National Association of College and University Business Officers.

Hampton is a powerful exemplar of management efficiency and entrepreneurial innovation among institutions of higher education. Yet, far too many HBCUs continue to experience fiscal and institutional crises–from financial mismanagement and state and federal funding cuts to declining enrollment and graduation rates.

Why has Hampton flourished and been considered one of the best universities in the nation for decades? William R. Harvey.Â  For 35 years, Harvey has presided over the institution as its CEO, running Hampton like a corporation to fuel its growth in education and infrastructure, meet challenges head-on, and more than quadruple its endowment to $233 million as of 2012. HU notably opted out of UNCF decades ago. An entrepreneur in his own right as one of the first African Americans to own a soft drink franchise, Harvey shared with black enterprise his business approach to leading Hampton. In this exclusive interview with Multimedia Content Producer Janell Hazelwood, he discusses the value of teamwork and investment as well as the efforts needed to ensure the future viability of HBCUs.

Funding, especially for HBCUs, has been difficult. What exactly has been the key to your ability to keep Hampton financially thriving?

I knew I wanted to run Hampton like a business for educational objectives, and that’s what we’ve done. One has to understand that this is a business. When I became president, it was about a $15 million business. Now it’s a more than $200 million business. Our emphasis is quality education, but in order to have quality one has to have the resources. I adopted the business model and there’s no question that it has paid off.