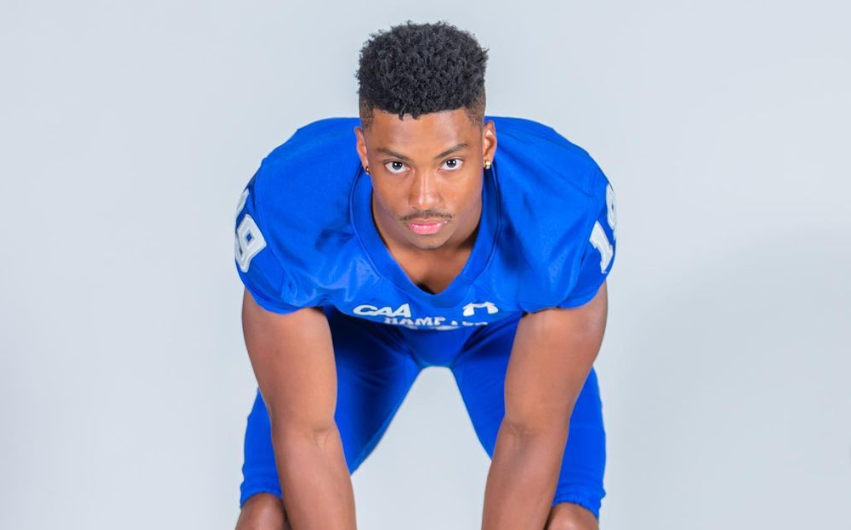 A defensive back on the Hampton University Pirates is making history after becoming the first football player at an HBCU to come out as gay.

Byron Perkins made history last Wednesday when the junior took to his Instagram to “stop running away” from publicly identifying as a gay man, making him the first HBCU football player to do so, Sports Illustrated reported.

“I’ve decided that I’m going to make a change, and stop running away from myself,” Perkins wrote.

Speaking with Outsports, Perkins explained how he decided to come out after realizing that hiding his sexual identity was taking a toll on his personal well-being.

“I’ve been self-reflective and trying to prioritize what makes me happy and makes me feel alive,” he said. “I thought it could be just football and school, but there was a component missing.”

“And recently I’ve been able to figure out that I haven’t been fully happy because everyone didn’t know who I was,” he continued. “Authenticity is everything to me.”

The Chicago native said the response from his team has been “very good,” but also a bit mixed. He credits his coaches for supporting him and says he chose to come out to provide inspiration and support to other gay Black men who might be struggling in HBCU environments.

“They need a support system. There hasn’t been an out gay football athlete at an HBCU. I want to end the stigma of what people think. I want people to know they can be themselves. It’s about that kid who’s going to see this and think he can be himself too.”