The Rebirth of Jazz in Harlem Remains in Question 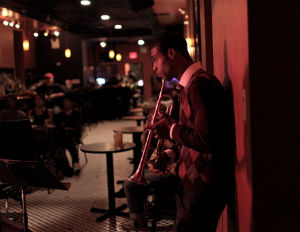 Harlem’s Lenox Lounge closed its doors in December 2012 after a battle over the lease with the club owner and the landlord. The locale was slated to reopen in a few weeks under new management.

Now, plans for two versions of Lenox Lounge are unfolding, and no one knows what will eventually happen at that location.