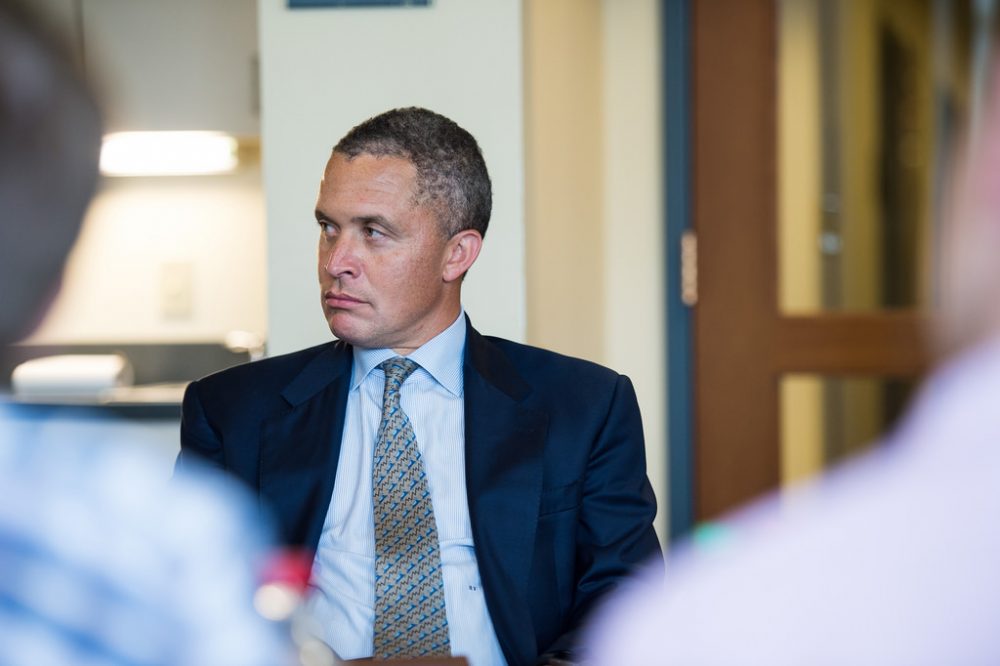 Former congressman Harold Ford Jr. has been suspended from his gig as a paid contributor on MSNBC and terminated from his full-time position at Morgan Stanley over allegations of sexual harassment. In turn, the former congressman promised to take legal action against his accuser and the leading financial firm.

On Friday, Mika Brzezinski, a host on MSNBC’s Morning Joe, announced that Ford will no longer appear on the network until a pending investigation into the allegations is complete. Ford had appeared on the show regularly.

The announcement comes one day after it was revealed that Ford had been fired from Morgan Stanley, where he worked as managing director since 2011. “He has been terminated for conduct inconsistent with our values and in violation of our policies,” said a spokeswoman for Morgan Stanley in a statement, reports The Huffington Post.

The woman, who has not been identified, charged Ford of grabbing, intimidating, and harassing her to have drinks with him. Although she was never employed by Morgan Stanley, she says she worked with him in a professional setting. In the complaint, she claims Ford desisted once she sent him an email asking him not to contact her anymore due to his inappropriate behavior.

Ford released a statement on Twitter Thursday denying the allegations.

“This simply did not happen. I have never forcibly grabbed any woman or man in my life. Having drinks and dinner for work is part of my job and all of my outreach with the reporter making these false allegations was professional and at the direction of my firm for business purposes. I support and have tremendous respect for the brave women now speaking out in this important national dialogue. False claims like this undermine the real silence breakers. I will now be bringing legal actions against the reporter who has made these false claims about me as well as Morgan Stanley for improper termination.”

However, according to The Huffington Post, Ford had apologized to the woman and agreed not to contact her via email after he received her stern warning. “Hey very sorry. Meant no harm,” the email reads. “And I apologize for whatever I may have said or what was said. And my overtures are strictly professional. Again I apologize didn’t mean to be inappropriate at all. Sorry that impression was left.”

Ford served in the U.S. House of Representatives from 1997–2007 as a member of the Democratic Party from Tennessee’s 9th Congressional District. His father, Harold Ford Sr., held the same seat for 12 terms before retiring.