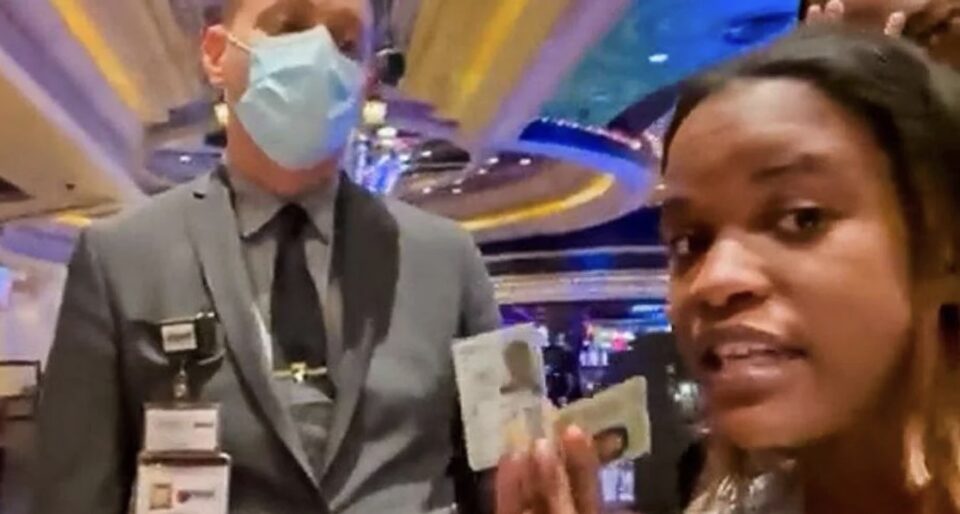 A Black military woman is suing a New Orleans casino after being denied entrance using her military ID.

U.S Army 2nd Lt. Deja Harrison and her family said they had plans to celebrate her step-brother’s 21st birthday at Harrah’s Casino on Oct. 5. But before the celebration, casino security told her she wasn’t allowed to enter the facility with her military ID because they did not believe she was the woman pictured on it, according to NewsNation.

Harrison said the employee checking her ID questioned whether it was fake or real.

News Nation Now | Attorney James DeSimone and Deja Harrison Explain Why … https://t.co/jXLmd8ZJbd via @YouTube we are honored to represent @dejaharrisontv to achieve justice and accountability in this blatant case of discrimination: @harrahsnola #mayjusticeprevail #CivilRights

“I mean, not only was it humiliating, but I was just shocked and appalled that somebody would say I’m actually not an Army and that my ID was fake,” Harrison told NewsNation “You know, I immediately started telling him, you know I’m a second lieutenant now, I just commissioned this summer after I graduated camp.”

Harrison said even after explaining that her ID was real, the employee still denied access. Harrison decided to record the incident on her cellphone and uploaded the video, which has now gone viral.

Harrahs Casino called the police on me because I showed my military I.D and the manager said it’s no way possible I made E-6 at the age of 23. 😂 Actually I’m a 2LT but I’ll wait for the police at 5 a.m.

“I started making the video, and I’m literally showing him, I have my vaccination card, I’m fully vaccinated. I even showed one of the staff members my Army paystub. I had a valid state driver’s license, I had a valid military ID, and I was still denied access to this casino,” Harrison explained.

The employee then claims he will call the police to explain the circumstance. Harrison said she waited two hours and the police never came.

James Desimone, Harrison’s attorney, said he and a team of attorneys in Louisiana are ready to file a civil lawsuit on Harrison’s behalf.

“We’re absolutely willing to go to the bat for Lt. Harrison. This manager clearly engaged in stereotypical thinking and implicit bias; he could not believe that a young Black woman had achieved the rank that she did through her hard work and dedication in the Army,” Desimone said. “This violates Louisiana human rights laws and that he’s engaging in those stereotypes he’s denying her access to a public facility based on her race.”

To comply w/ gaming regulations, we check IDs for our guests who appear to be under 30 years old. We use an approved electronic reader similar to what you would find @ an airport TSA checkpoint. Our Team Members are trained to evaluate identification in accordance w/ regulations. pic.twitter.com/rdJYZz8F2J