Harriet Tubman to Replace Andrew Jackson on the $20 Bill 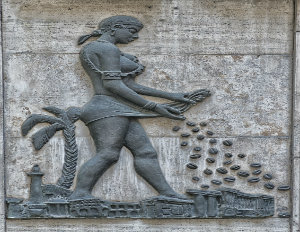 Yes, you read that correctly!

Treasury Secretary Jack Lew announced Wednesday that the department will keep Alexander Hamilton on the front of the $10 bill and bring major changes to the $20 bill and $5 bill.

According to reports from POLITICO, Lew will replace former President Andrew Jackson on the front of the $20 bill with African American abolitionist and humanitarian Harriet Tubman.

“It is long past time we do more to honor the contributions of women in American history, especially women of color,” said Congressman Elijah E. Cummings (D-MD) in a statement. “I applaud Secretary Lew’s announcement that the redesigned $20 bill will feature Harriet Tubman. I encourage the Treasury Department and the Federal Reserve to work with urgency to implement this change.”

Last summer, Lew announced that a woman will be featured on a redesigned $10 bill in 2020, which marks the 100th anniversary of the Constitution’s 19th Amendment, which gave women the right to vote. The department also launched a website, asking for social media input using the hashtag #TheNew10 to offer suggestions for who should be the new face of the bill.

However, Lew’s announcement to replace Hamilton, who helped create the Treasury Department and the modern American financial system, came with much criticism. Instead, critics suggested Lew take Jackson off the $20 bill.

In addition to making changes to the $20 bill, the Treasury department also plans to change the $10 and $5 bill. The back of the $10 bill will be changed to honor icons from the women’s suffrage movement and show the March of 1913, which was a march for women’s right to vote. Women’s rights activist Sojourner Truth will be among the leaders featured.

For the $5 bill, the back will highlight historic events that occurred at the Lincoln memorial including the civil rights movement. Heroes featured on this bill will include Marian Anderson, Eleanor Roosevelt and Martin Luther King, Jr.

While there has still been much criticism about slaveholder Jackson appearing on the back of the $20, placing Tubman on the front not only signifies a major move in history, but it also signifies the amount Tubman earned as a monthly pension after the Civil War and it’s the amount she used to help rescue her own father from slavery.

What are your thoughts on the changes to the U.S. currency? Let us know in the comment section below.