Harry Belafonte to Be Honored by the Academy of Motion Pictures 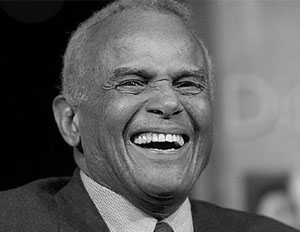 After spending more than six decades in the entertainment business, with a career that extends from acting to singing, to philanthropy, and civil rights activist, it’s only right that the legendary Harry Belafonte is awarded one of the highest honors in an industry in which he’s left a permanent mark.

The Academy of Motion Pictures Arts and Sciences has just announced that it will honor Belafonte with the Jean Hersholt Humanitarian Award at its sixth annual Governors Awards in Hollywood on Nov. 8.

“The Governors Awards allow us to reflect upon not the year in film, but the achievements of a lifetime,” said Academy president Cheryl Boone Isaacs. “We’re absolutely thrilled to honor these outstanding members of our global filmmaking community and look forward to celebrating with them in November.”

Belafonte’s longstanding career is definitely one worth highlighting, as he took on several historical projects that shined light on racism and inequality, including the 1954 musical “Carmen,” the 1959 film “Odds Against Tomorrow” and the sci-fi film “The World, The Flesh and the Devil” just to name a few. In addition to taking on meaningful projects, Belafonte also used his platform to take a stand for civil rights and against injustice and marched alongside Martin Luther King, Jr., and in 1987 he was named UNICEF Goodwill Ambassador.