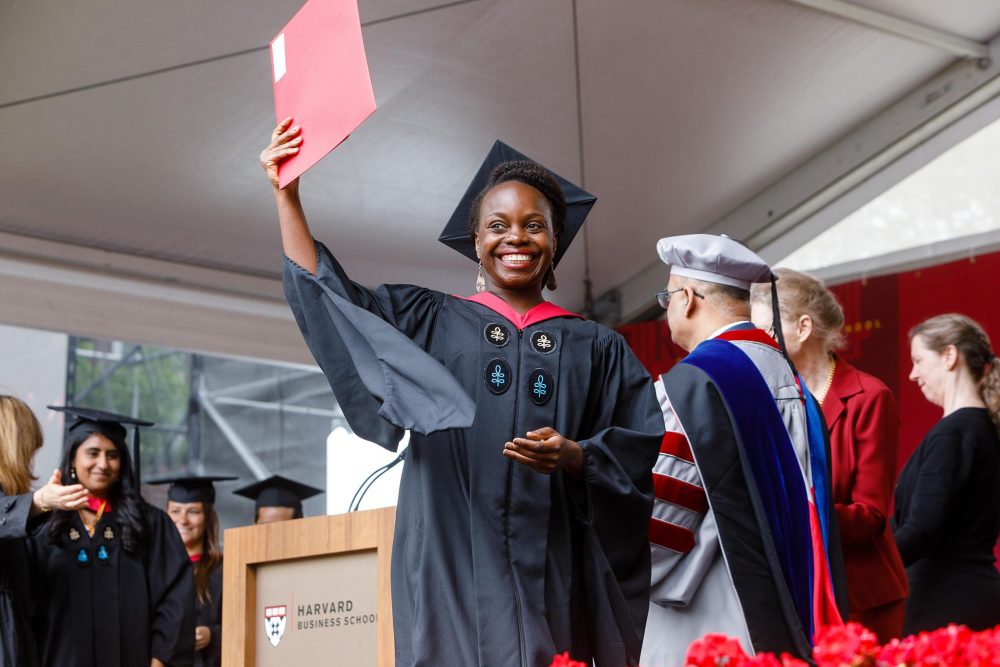 Today – on the first Monday of the new year – a pointed two-page letter signed by black alums of the Harvard Business School (HBS) landed on the desk of Harvard University President Lawrence Bacow, seeking to ensure that the search for a new HBS dean will prioritize their collective concerns about the school’s “inclusivity and impact.”

Penned by HBS African-American Alumni Association (HBSAAA) co-presidents Beverly Anderson and Ken Powell, the letter outlines six specific actions that its signatories want taken as a replacement for outgoing dean Nitin Nohria is assessed. Nohria, an Indian-American academic, will step down in June after a decade as head of the iconic graduate school.

The black alumni group, an increasingly active and vocal subset of a broader community that includes 2,300 African American graduates and 100 current HBS students, wants the university to seek a leader who will foster diversity, inclusion, and belonging at a times when the evidence of HBS’s commitment to such issues makes it an easy target for criticism.

The letter asks that the search committee emphasize the need to increase African American enrollment in the MBA program which, after being mostly stagnant for a half-century, has dipped in recent years despite an overall increase in class size from 800 to 900 students. Its current class of 900 has 56 African American students.

The HBSAAA also seeks an increase in the number of African Americans across the school’s eight doctoral programs; currently, the letter states, there are fewer than 10. A focus on improving these numbers will “provide more diverse voices in the classroom,” says the letter, as well as foster more “future African American business leaders.”

The letter demands that attention be paid to increasing the number of case studies – the primary teaching tool at HBS – that features African American protagonists. The current lack of representation “hampers learning opportunities for all HBS students and leaves African American students with a dearth of role models,” the letter states.

Finally, the HBSAAA demands that the new dean deepen the school’s commitment to existing programs designed to support students from underrepresented backgrounds and increase the level of African American enrollment in HBS Executive Education programs as well.

The letter seizes upon the momentum gained during the planning of last year’s 50th Anniversary of the founding of the African American Student Union. More than 600 alumni from across the globe returned to HBS for the celebration, while a waiting list of 100 beyond the space’s capacity was shut out.