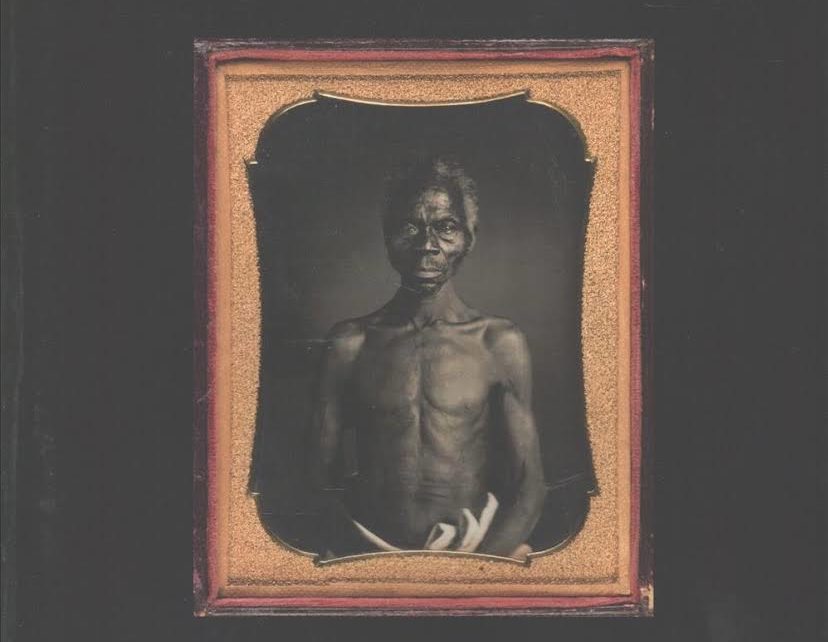 "From Site to Sight: Anthropology, Photography, and the Power of Imagery" published in 1986

A Connecticut woman is suing Harvard University for “wrongful seizure, possession and expropriation” of images of 19th-century slaves who she claims are her late relatives. Believed to be some of the oldest images of American slaves in history, the photos depict a shirtless man who Tamara Lanier says is her great-great-great-grandfather Renty as well as his daughter, Delia, who is also seen stripped from the waist up.

According to Lanier’s lawsuit, the Ivy League school has been “shamelessly” exploiting and profiting off the images of her ancestors, which are currently stored in a museum on campus. The photo of the man Lanier affectionately calls “Papa Renty” was used in a 2017 Harvard conference called “Universities and Slavery: Bound by History.” It also appears on the cover of a book that explores the use of photography in anthropology being sold by the school for $40. The suit argues that the slaves were not able to give legal consent to be photographed at the time and that by using the images for “commercial purposes,” Harvard is perpetuating the painful legacy of slavery that restricted African Americans from owning personal property.

At a press conference held Wednesday in front of the Harvard Club in New York City, Lanier said her case will “force Harvard to look at their complicity as it relates to slavery” and “acknowledge that I am a linear descendant of Renty.”

Meanwhile, her lawyer, distinguished civil rights attorney Benjamin Crump, harshly condemned the Ivy League. “Harvard University, how long will you continue to condone slavery?” he asked at the conference. “When will you finally free Renty?”

According to Crump, Renty is still being held in bondage by the university which refuses to release the original image and its licensing rights. “Harvard University is saying to Tammy Lanier and her family that Renty still is a slave. He still does not own his image,” he said, before comparing the prestigious university to slave owners.

“All they’re doing is condoning slavery by denying Renty’s linear descendants the right to the only thing that a black person could own when Lincoln freed us: our image and our person. And so, they’re perpetuating exactly what the slave master did by saying that you can never own anything because you, yourself, are property.”

Lanier, a former chief probation officer in Norwich, Connecticut, said she has asked Harvard since 2011 to stop using the images, which were commissioned by scientist Harvard professor Louis Agassiz to bolster his argument of white superiority. She says that the photo was taken in 1850 in South Carolina, where Renty was enslaved on the B.F. Taylor plantation.

A representative from Harvard declined to comment on the case, noting in an email to BLACK ENTERPRISE on Wednesday that “the University has not yet been served.” However, the rep pointed out that Harvard has made an attempt to atone for its role in slavery by recently joining the Universities Studying Slavery initiative. The school also convened a faculty committee in 2016 to advise the University in its pursuit of scholarship and research around Harvard’s history of slavery and honored four slaves with a plaque for their work in building the school.

Lanier, who is seeking an unspecified amount of damages along with the photo, indicated that she would like to use the image in a book that she is writing about her family heritage. Crump added at the press conference that she also intends to take it on a tour to cities around the country before it is displayed in museums.