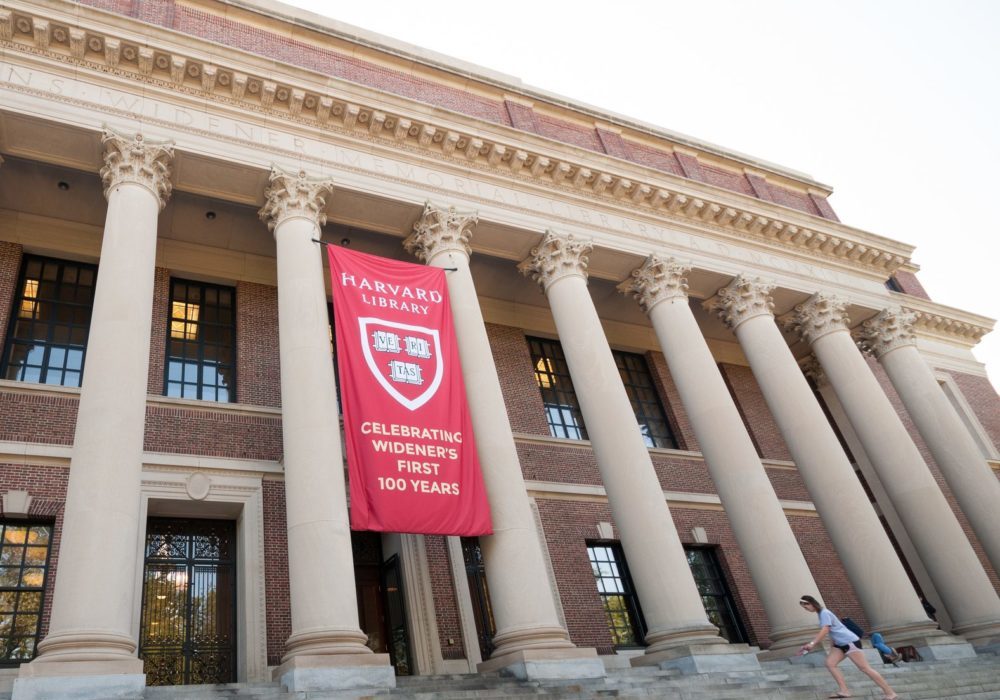 Some Harvard University students have filed a lawsuit against the Ivy League, accusing the institution of benefiting from company investments in the prison system.

Last week the Harvard Prison Divestment Campaign filed a lawsuit against Harvard at the Supreme Judicial Court in Massachusetts for their role in profiting from prison investments.

In a press release, the Harvard Prison Divestment Campaign alleges that Harvard University “continues to benefit from its historical ties to slavery through its investments in the prison-industrial complex. Harvard is complicit in white supremacy and we are taking them to court.

“This is not a decision that our campaign arrived at lightly. Turning to the courts is a last resort. Having tried multiple channels, from protests to petitions to rallies to teach-ins to reports to non-official and official meetings, but finding no relief,  we have been forced to file this lawsuit against the President and Fellows of Harvard College, the Harvard Management Company, Lawrence Bacow in his capacity as President of Harvard University, and William Lee in his capacity as Senior Fellow.”

“We believe in abolition. We believe in a true end to slavery. We believe in a world and a future without the caging and exploitation of millions of poor, Black, Brown and Indigenous people across the nation and around the world. Towards that end, we demand action on prison divestment now. We are seeking the court to order that Harvard produce a report disclosing its direct and indirect investments in the prison-industrial complex and create and enact a feasible plan for divestment.”

“There is no solution but abolition, it’s time Harvard take action.”

“The five student plaintiffs, who are representing themselves, wrote in a draft of their complaint that the University has benefitted from those alleged investments when it should be trying to help break down a ‘system of human caging'” https://t.co/bQnymwR52P

In a report released in October 2019, according to The Harvard Crimson, HPDC estimated the University has at least $3 million invested in companies with ties to the prison industry. University President Lawrence S. Bacow said in April 2019, however, that Harvard’s total prison-related financial holdings amount to roughly $18,000. University administrators have resisted previous calls to divest from the prison industry.

Harvard spokesperson Jason A. Newton confirmed that the University received a copy of the complaint.

The graduate students listed as plaintiffs, Ismail A. Buffins, a student at the Divinity School; Amanda T. Chan and Anna L. Nathanson, students at the Law School; and Jarrett Drake and Citlalli Alvarez Almendariz, doctoral students in Anthropology, held a press conference at the Suffolk County Courthouse after filing the lawsuit.

“We do not just stand here as students who are working in agitating for abolition and for divestment. We’re standing here as donors to Harvard University,” Chan said. “So somewhere floating around in that $40.9 billion endowment is $20 of my hard-earned debt money, which means that under the charter, the University has to consider my will and has to consider its charitable purposes.”

“I’m a descendant of enslaved people in this country. My ancestors built courthouses like this. They built statehouses like the one on Beacon Street. They built universities like Harvard,” Drake said. “And as a descendant of enslaved people, it’s impossible to see our system of mass imprisonment, and not see the relationships — the direct, direct relationships.”

“I’m here today, standing, literally, on the moral and the physical infrastructure that my ancestors, the ancestors of other people — enslaved people, exploited people — have built,” he added. “And that, to me, matters as much, if not more than, the legal standing.”