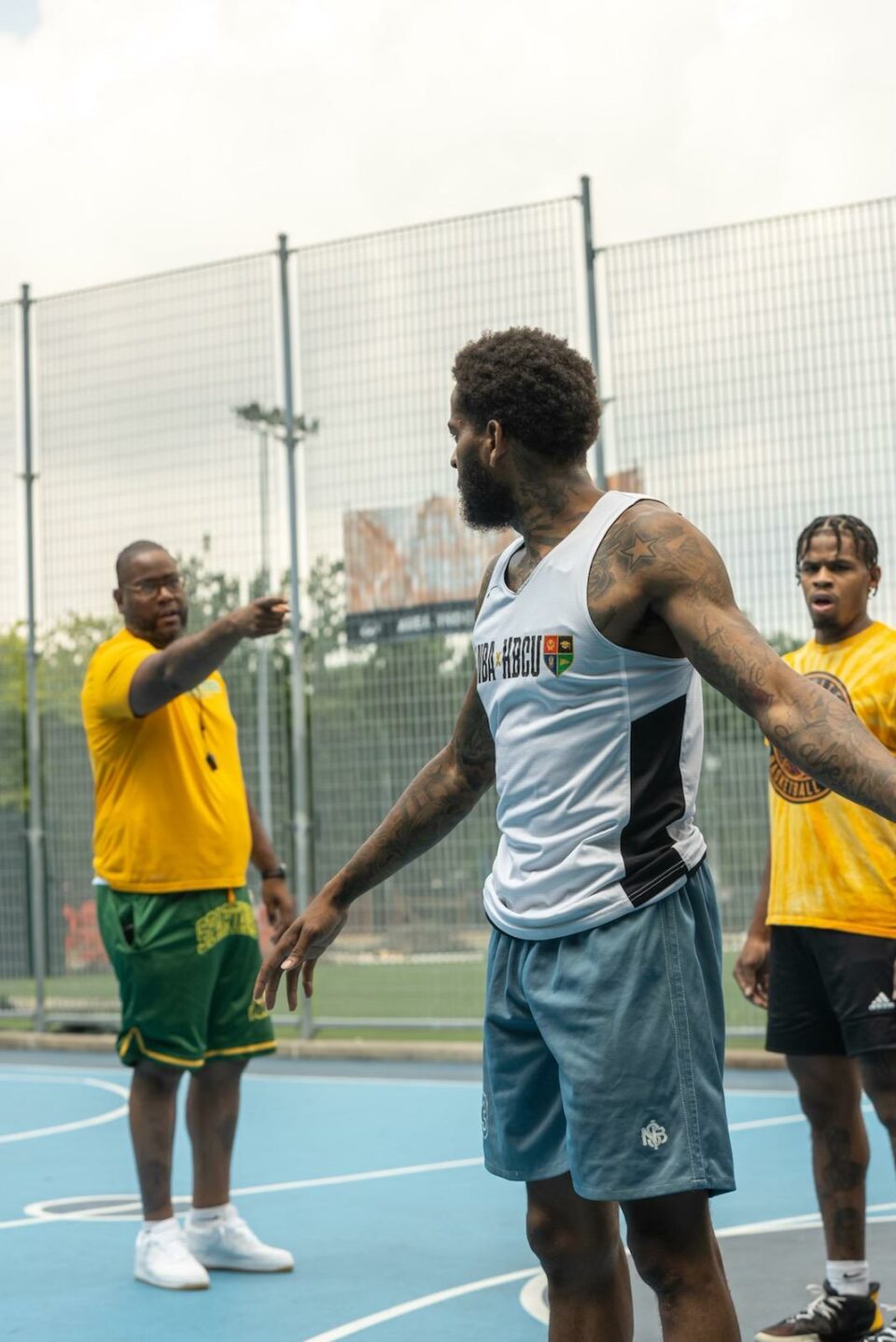 HBCUnited, the No. 4 seed in their region, played two games at the famous Harlem basketball court. In the first game, they were matched up against Skip To My Lou, a team named after and coached by streetball legend and former NBA point guard Rafer Alston Saturday night.

HBCUnited was unfazed, taking an early 16-point lead and hanging on late to win 76-72. HBCUnited’s coach, Robert Jones, the head coach at Norfolk State University, told BLACK ENTERPRISE his team came into the game with some extra motivation.

“In the first game, we played Skip To My Lou, and obviously, he’s a Rucker Park legend for what he did as a player, and I’m sure there were a lot of people that wanted to see his team win,” Jones said. “The day we played, me and my guys noticed all day on ESPN they were showing that 30-for-30 about the AND1 tour. They showed that like three times in a row, so we felt they were trying to set us up, so our guys came in with a big chip on their shoulder.”

In their second-round game Sunday night, HBCUnited took on the Young Game Changers (YGC), the top seed in the region, which included four players with NBA experience. Jones said, this time, his team was motivated to show they could play with guys who made the Association.

HBCUnited controlled most of the game, taking a 57-46 lead with six minutes left in the fourth and winning 66-59 to advance to the TBT’s Sweet 16. Malique Trent, a former Hampton University player, scored 16 points and grabbed seven rebounds, and Jermaine Marrow, who also played at Hampton University, netted 11 points and eight rebounds.

The TBT is a yearly summer 64-team basketball tournament featuring teams and players from Division-1 colleges, many of whom now play professionally overseas. All games feature the Elam Ending, and the winning team splits a $1 million prize. This is HBCUnited’s second year in the TBT. Last year they lost in the first round by 36 points. Jones, who did not coach that team, was brought in to coach the team this year.

HBCUnited is sponsored by E&J Brandy, who, along with the TBT, started a paid internship program for HBCU students. Their next game is on ESPN on Wednesday night against Autism Army at 8 pm EST.